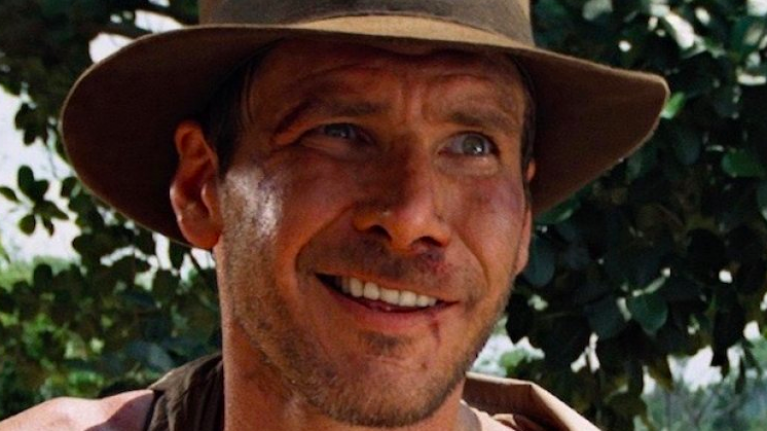 Harrison Ford is like the Doug Flutie of actors; he ain’t passing the torch to anybody. If it’s up to him, he’ll stay on the field forever, or at least go out in his own way. Ford is due to return, probably for the last time, to the role of Indiana Jones in a fifth movie. However, we all know that Lucasfilm won’t let this iconic franchise die and that means there must either be a passing of the torch or a reboot, possibly starring Chris Pratt. Ford has not been pleased with the latter idea at all.

Appearing on The Today Show, Ford was asked the question he must be sick of answering by this point: Who does he think could fill his shoes as the next Indiana Jones?  The answer is predictably blunt and so not what Disney would’ve had him say…

“Nobody else is gonna be Indiana Jones! Don’t you get it? I’m Indiana Jones. When I’m gone, he’s gone. It’s easy… This is a hell of a way to tell Chris Pine this.”


I think he meant Chris Pratt and not Chris Pine, but maybe Ford knows something we don’t? I could see Pine in the Indy fedora, too.

To be fair, Ford is clearly having some fun here and yet there’s probably some kernel of truth. We’ve heard producers say Ford will always be Indiana Jones, and others admitting the need for a reboot. I think they, and Ford, are all correct.  We will always associate Ford with that character, no matter what. The same way we still think of Roger Moore and Sean Connery as James Bond even though others have played him. But rest assured, there will be a passing of the torch whether Ford likes it or not, and chances are he won’t. I think we see Indy go out the same way Han Solo did. It’s the only way to write the character off and fully be able to move on.

For now, Indiana Jones 5 is due to open July 9th 2021 after Steven Spielberg completes West Side Story. I wouldn’t be surprised if that date gets moved back further.