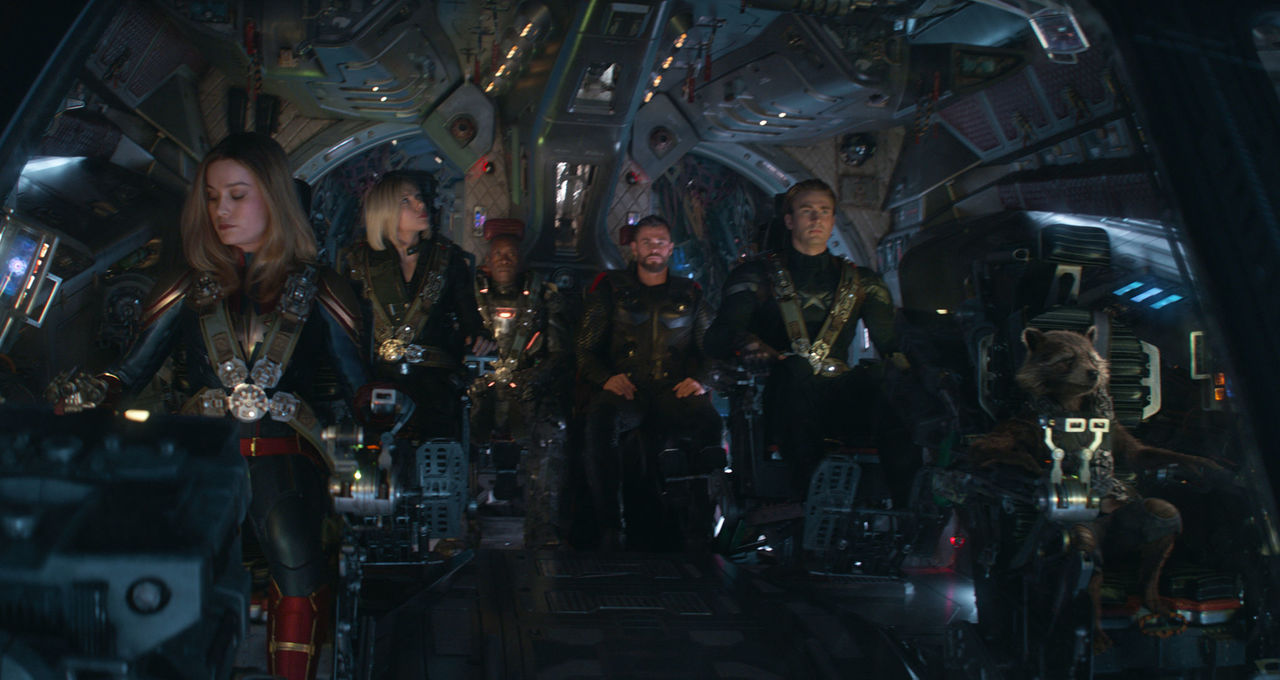 1. Avengers: Endgame– $145.8M/$619.6M
Disney is probably really upset by the 59% and record-breaking $200M drop of Avengers: Endgame. They had to settle for a measly $145M in its second weekend, which is only slightly behind the $149M weekend of Star Wars: The Force Awakens.  Who owns both of those movies? Oh yeah. Obviously, Disney is through the moon at the $619M domestic haul of the Avengers capper, and for surpassing Titanic with $2.188B worldwide, making it the second highest-grossing movie ever. Did I mention this is just the second weekend? I may be in the minority here but I don’t think Avatar’s $2.78B is out of the woods, but it just goes to show how huge James Cameron’s film truly was that there’s even a question at this point.
2. The Intruder (review)- $11M
Surprisingly, the top newcomer this week wasn’t the starry rom-com Long Shot, it was instead the Dennis Quaid-goes-batshit domestic thriller The Intruder. The Michael Ealy/Meagan Good film opened with $11M despite fairly harsh reviews par for the course for this genre. We’ve seen these trashy thrillers hold up very well in the past so this isn’t too much of a surprise. If something was going to do well as an escape from Endgame this is what would do it.
3. Long Shot (review)- $10M
Despite excellent reviews coming out of SXSW, the Seth Rogen/Charlize Theron romantic comedy Long Shot opened with a disappointing $10M off a $40M budget. Not sure where all that money went, but I digress. Anyway, the truly excellent film stars Rogen as a muckraking journalist and Theron as the Secretary of State, who find love on the campaign trail. Yes, we’ve seen this sort of thing from Rogen before and maybe there’s some fatigue, but I figured the star power and good reviews would help. Perhaps they did, and this is one that will be able to leg it out over a few weeks. I’m just not convinced there was enough novelty here to lure people away from Endgame. At least The Intruder could offer the rare chance to see Dennis Quaid lose his shit.
4. UglyDolls– $8.5M
The animated film UglyDolls, which STX Entertainment hoped would catch on as an empowering brand about staying true to oneself, bombed with just $8.5M.  While its message of staying true to oneself and embracing our flaws is timely, there was just no buzz around this film at all. The musical comedy had a wealth of talented vocalists on board including Kelly Clarkson, Janelle Monae, Pitbull, Nick Jonas, and more, but that wasn’t enough to get people to pay attention. Perhaps it will do better in home release.
5. Captain Marvel– $4.2M/$420.7M
6. Breakthrough– $3.9M/$33.2M
7. The Curse of La Llorona– $3.5M/$48.1M
8. Shazam!– $2.4M/$135.1M
9. Little– $1.47M/$38.5M
10. Dumbo– $1.43M/$109.7M