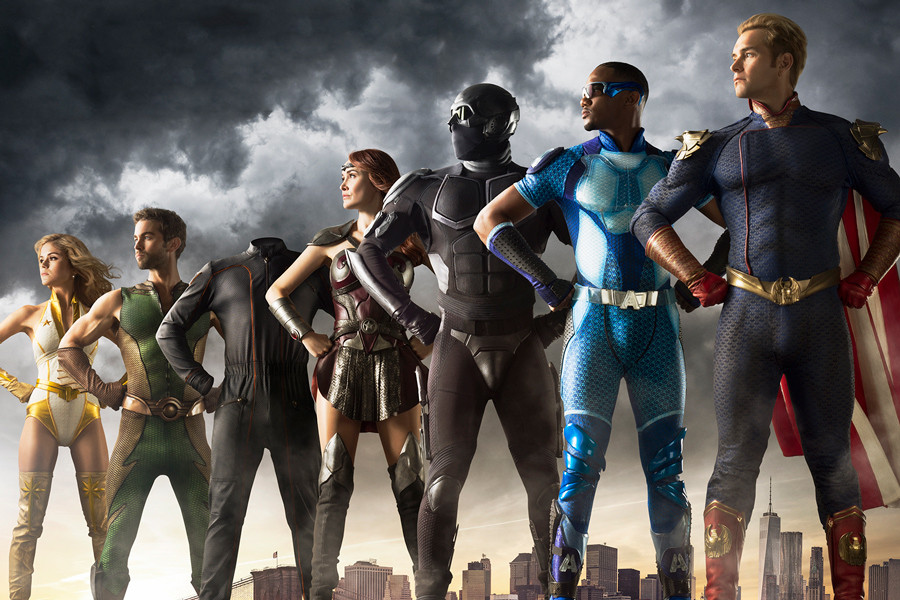 With Marvel’s Avengers movies more popular than ever, we may be seeing the beginnings of a counter-narrative forming. Who wants to keep watching perfect superheroes deserving of their amazing gifts, when it’s so much more interesting to explore those who use their powers for evil?  James Gunn is giving us the Superman-esque Brightburn in the next few weeks, and on the small screen there’s The Boys, which follows a super-team of depraved individuals.

From the mind of Preacher creator Garth Ennis, once again teaming up with Seth Rogen and Evan Goldberg, The Boys is known for its extreme violence and sexual deviance. Might be a reason why I read the comic from beginning to end.  Anyway, the series stars Karl Urban as Billy the Butcher, leader of a vigilante team who stand opposed to corrupt celebrity superhero who abuse their powers. Alongside Urban is a fantastic cast that includes Elisabeth Shue, Erin Moriarty, Jessie Usher, Chace Crawford, Laz Alonso, Jack Quaid, Karen Fukuhara, Antony Starr, Jennifer Esposito, and Simon Pegg.

SYNOPSIS: THE BOYS is an irreverent take on what happens when superheroes, who are as popular as celebrities, as influential as politicians and as revered as Gods, abuse their superpowers rather than use them for good. It’s the powerless against the super powerful as The Boys embark on a heroic quest to expose the truth about “The Seven,” and their formidable Vought backing.

Amazon will debut The Boys on July 26th.