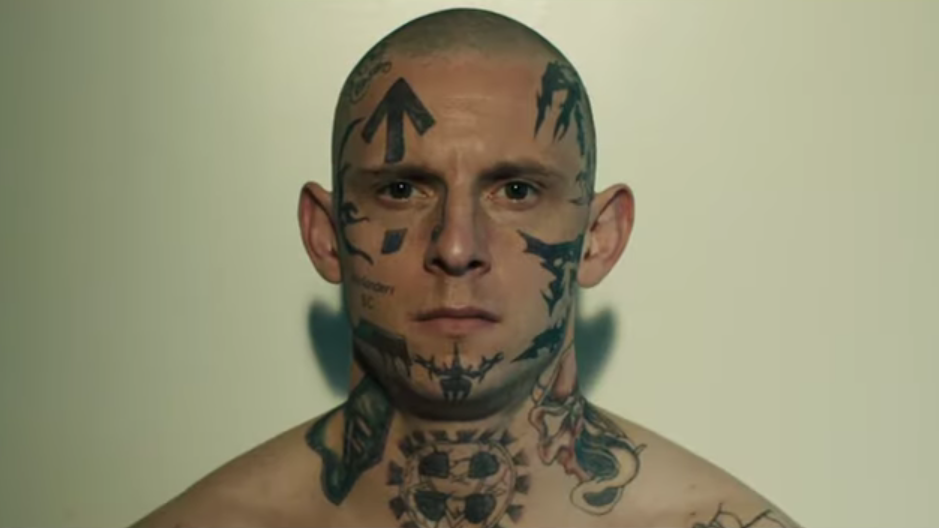 With the rise of white supremacist groups around the country, the arrival of Guy Nattiv’s English-language debut Skin couldn’t be more timely. The film is based on a true story, chronicled in Nattiv’s Oscar-winning short of the same name, and stars Jamie Bell in a role not too dissimilar from Edward Norton’s in American History X.

Bell plays Bryon Widner, who by the age of 14 had already tattooed his body with the hateful beliefs learned from his skinhead upbringing.  He begins to turn his life around with the help of a woman (Dumplin‘s Danielle Macdonald) who has escaped that life herself, but Bryon must still forgive himself for the evil he’s done.  The film co-stars Bill Camp as leader of the hate group he’s trying to escape from, with Vera Farmiga as the man’s wife. Luke Cage star Mike Colter also has a role as a man who tries to help Bryon transition away from hate.

Widner’s story is pretty remarkable, and if you haven’t seen Nattiv and co-director Jaime Ray Newman’s short it’s worth checking out. His story is also told in the 2011 MSNBC documentary Erasing Hate, in which he goes through the process of having the tattoos removed.