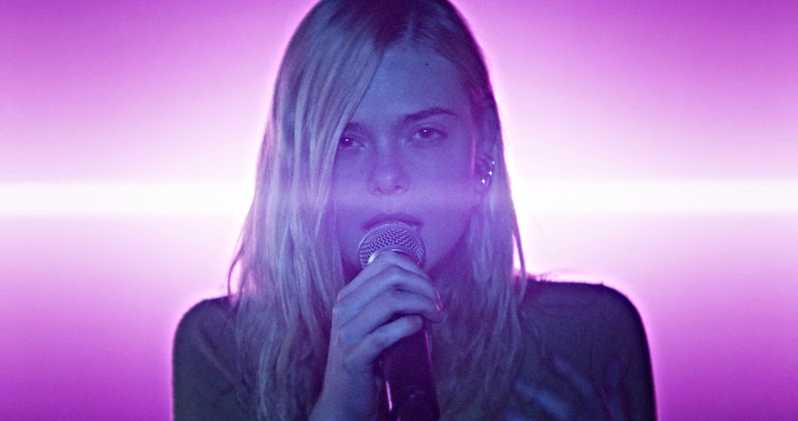 The last few months have seen an abundance of overnight pop star movies. Teen Spirit could easily be folded into the mix and dismissed as just another frothy movie about a teenager with a dream. And yet, first-time director Max Minghella delivers a film that is deeper than it appears.

Elle Fanning is Violet, a Polish immigrant who lives with her mother in a town somewhere outside of London. Violet is isolated and lonely, but dreams of stardom. One night, in the middle of an intense situation, Violet meets Vlad (Zlatko Buric) and eventually convinces him to act as her guardian so that she can attend an audition for the competition show, Teen Spirit.

Fanning gives a performance that is simply lovely. She is a girl who has little in common with her classmates or with her fellow competitors. She is an outsider, partly because her status as an immigrant makes her a literal outsider, and partly because she just doesn’t know how to connect with others. Her relationship with her mother (Agnieszka Grochowska) is the kind of tumultuous relationship that many mothers and teenage daughters experience. Theirs, however, is magnified by financial strain and an absent father. Fanning navigates a range of emotions, always managing to keep her innermost feelings to herself. Her gift is in letting those feelings brew just beneath the surface, only boiling over at exactly the right time.

The young star is great on her own, but becomes mesmerizing when she shares the screen with Buric. The two forge a bond that is similar to many we’ve seen before. Vlad becomes a substitute father figure for Violet, and Violet stands in for Vlad’s estranged daughter. This has its own set of challenges, but the two are perfect together. What starts as a tenuous acquaintanceship of convenience becomes something much deeper and more meaningful as time goes on.

The strange thing about Teen Spirit is that it takes place now and yet it feels like a film that could have fit in nicely around 1997. It has the gritty, slightly rough aesthetic of a 90s indie flick. Fanning sings all of her own covers of songs that were popular three or four years ago. The tones and pallet and costumes do not suggest a modern film that takes place in 2018 or 2019. But Minghella pulls it all together in a way that many veteran directors would have struggled. He has a gift for crafting a story, and to take on a musical as his first project only adds an extra element of difficulty that he is ready for.

Teen Spirit may not venture into a lot of new territory, but it uses the familiar to craft a particular and specific story. This is a tale of a young woman, but she could be anyone who dares to dream of a life they aren’t born into. Anyone who feels alone in the world, and yet manages not to get discouraged by their lot. Violet’s journey isn’t unique. But the way she faces it is the real journey anyway.