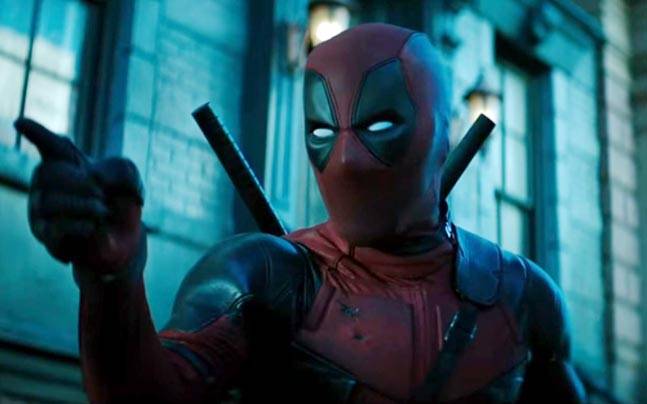 Questions regarding the fate of the X-Men films, including Deadpool, have only increased since the Fox/Disney deal went through. While Dark Phoenix has appeared safe from anything dramatic, and Ryan Reynolds has already been out there tweeting about being part of the Disney machine, The New Mutants has looked dead in the water.

While CinemaCon isn’t typically the place where major news is made, Disney managed to do so with their presentation. First off, Disney CEO Alan Horn spent much of his time talking up the Fox acquisition, the 25th anniversary of Fox Searchlight, and expressing his commitment to theatrical releases despite the launch of Disney+ later this year.

Horn also did something he probably didn’t need to do, which is promise “more Deadpool in the years ahead”.  In the backdrop was Reynolds’ funny tweet from the first day of the Fox/Disney merger…

One of the things I always love about Marvel presentations at Comic-Con is when they put up the giant timeline of upcoming flicks. A different part of the CinemaCon presentation had a version of this with Fox’s movies integrated into previously-set Disney ones. A film that I’m not sure anybody was expecting to see in it was The New Mutants, right there in August where it belongs…

New Mutants & Dark Phoenix among Disney titles is something to see pic.twitter.com/1f0WZpKCsj

So much for rumors it would end up on Hulu or Disney+, I guess? The film has been the subject of production problems for months. After a trailer debuted in 2017 that unexpectedly teased a superhero horror, reshoots were ordered that would enhance those aspects even further. Josh Boone was supposed to take part in another round of reshoots which never happened, and with Fox’s future uncertain there was no clear idea what was happening. Looks like we have our answer now.  Looks as if The New Mutants will hit theaters on August 2nd as scheduled.  [CBM/THePlaylist]