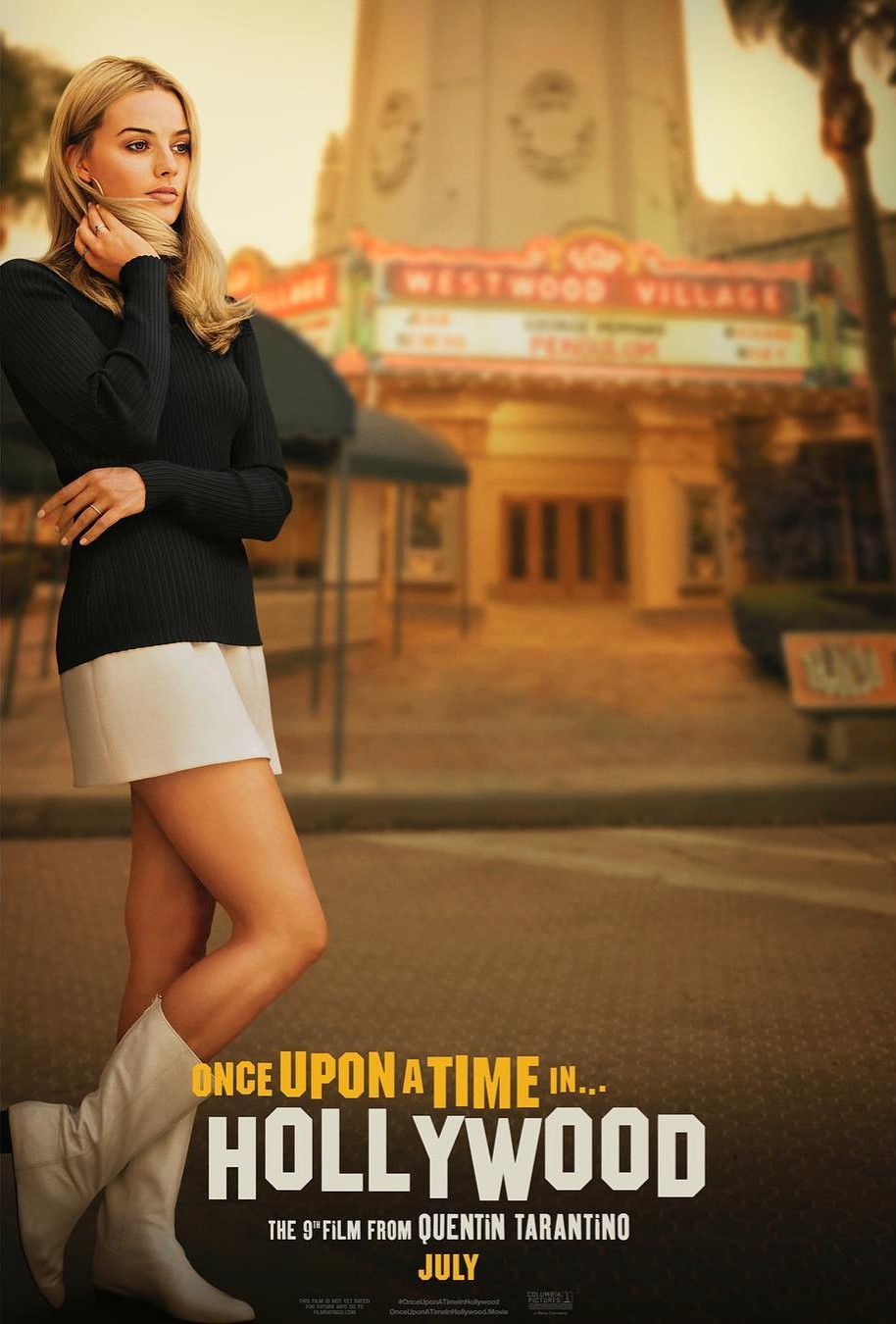 The trailer for Quentin Tarantino’s Once Upon A Time In Hollywood is expected later this week, but before that he’s been giving fans a small taste of what to expect. A poster featuring stars Leonardo DiCaprio and Brad Pitt was released yesterday, quickly becoming a meme for its awful Photoshopping. And now today a much-improved one has dropped that puts Margot Robbie front and center.

Robbie is stunning in her role as Sharon Tate, who we know will be the most famous of Charles Manson’s murder victims. That sets the film in 1969, a time of sweeping cultural change across the country, with Hollywood as the epicenter. DiCaprio plays a TV actor who has botched his move to the big screen, with Pitt as his best friend and stunt double. Robbie’s role may end up being a small one, but clearly one that could have people talking.

Once Upon A Time In Hollywood opens July 26th, although Variety reports it could premiere at Cannes.