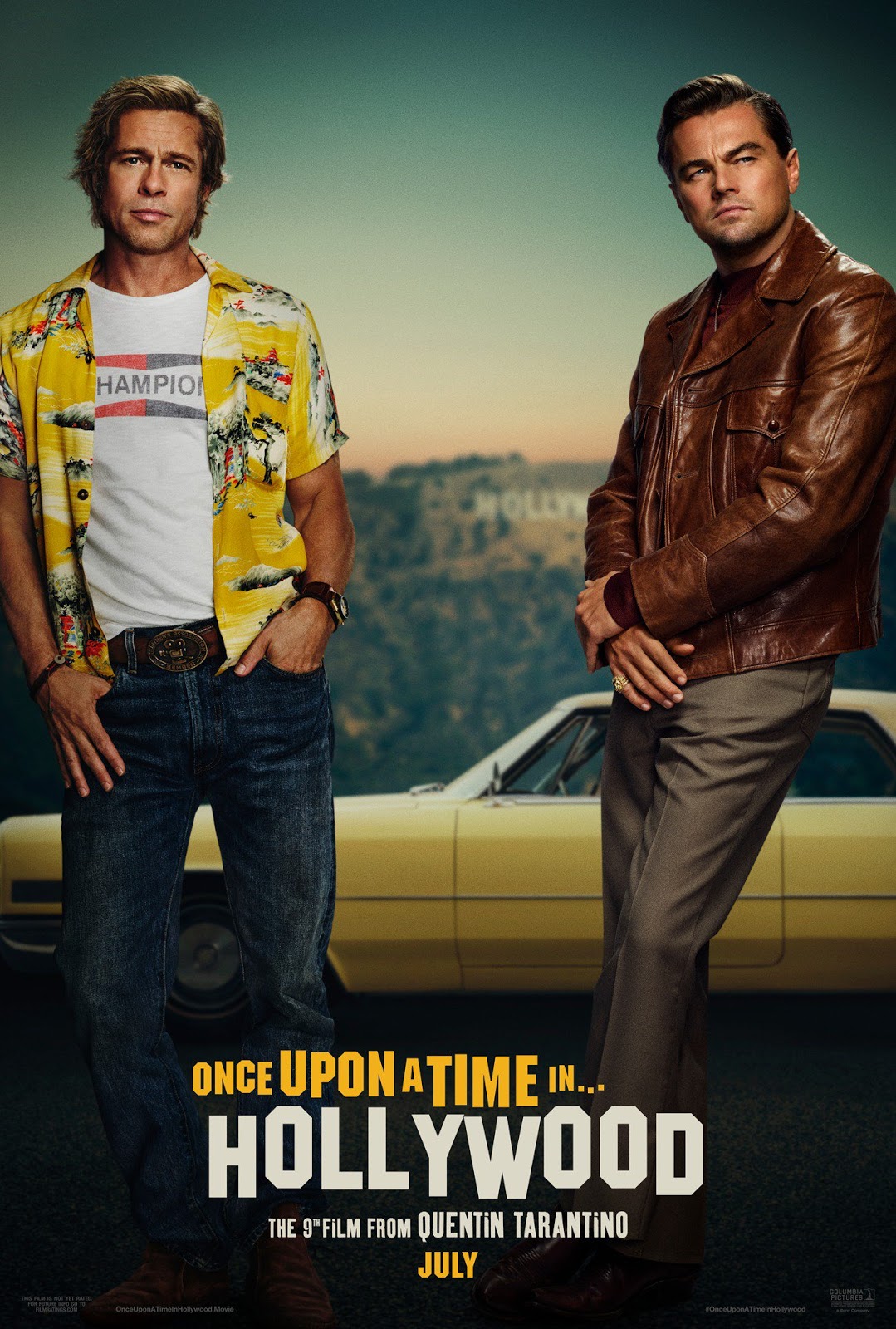 Leonardo DiCaprio and Brad Pitt are the height of cool in the first poster for Quentin Tarantino’s Once Upon a Time in Hollywood. In his tweet revealing the image, Tarantino captioned it simply “Hollywood. 1969.” Sounds about right.

The image is pretty basic, but when you’ve got Pitt and DiCaprio how much do you really need? Have them looking cool in front of the Hollywood sign? That’s more than enough.  But as we know, the film will be about more than that, as 1969 was a time of sweeping cultural change around the country. It was also the time of the Charles Manson murders, which we know play a role in the film.

Once Upon a Time in Hollywood opens July 26th.  Look for the trailer to arrive in a few days.