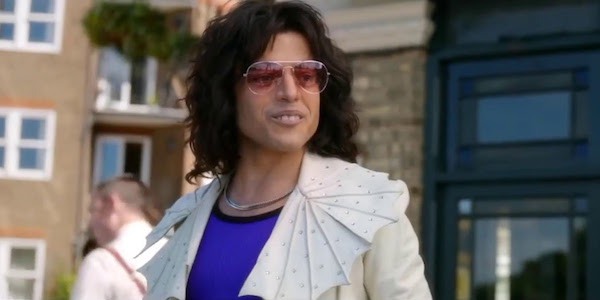 Bohemian Rhapsody may have won a bunch of Oscars, but let’s keep it real; it’s not a very good movie. Not terrible by any means, it’s just…adequate, but afflicted with loads of problems. When editor John Ottman won an Oscar for his work on it, Film Twitter pretty much had a coronary. One scene in particular was provided as proof of the movie’s problems and Ottman’s failures.

You’ve probably seen memes about the scene in question because they’ve been everywhere, but just in case, here it is. Don’t break your neck trying to follow all of the quick cuts and disorienting angles…

People, actual fucking people, are watching scene after scene like this and are saying “bruuuh! best. movie. of. the. year”?
This is objectively bad. Someone with no idea about editing will notice it. My brain is on fire thinking that this is an OSCAR NOMINATED MOVIE! FUCK! pic.twitter.com/QVDCxe2iaf

So yeah, that’s pretty bad. At least Ottman recognizes that, too. In an interview with The Washington Post, Ottman’s reaction to the memes at his expense is initial shock…


Basically, the scene, which finds the band meeting their future manager outside of a pub, was part of the hectic reshoots by Dexter Fletcher after he replaced Bryan Singer.  Here’s a fuller description of what happened…

It was one of the scenes shot by [Dexter] Fletcher in the post-[Bryan] Singer home stretch. Fletcher mostly picked up Freddie’s relationship moments, along with the origination of “We Will Rock You” and “Another One Bites the Dust.” But the story line also got reordered a bit, and dialogue in the original meeting between the band and manager John Reid no longer made sense.


So Fletcher shot the one that takes place outside a London pub.

Ottman was under pressure to make the film’s first act move swiftly, but test audiences never got bored and actually wanted more of the band’s early days. So he went back and slowed those scenes down and let them breathe more — but he didn’t have time to do so with that meeting.


Ottman added, “Whenever I see it, I want to put a bag over my head. Because that’s not my aesthetic. If there’s ever an extended version of the film where I can put a couple scenes back, I will recut that scene!”

Doubtful I’ll ever watch an extended cut of Bohemian Rhapsody, but I wouldn’t be shocked if Ottman gets his wish.