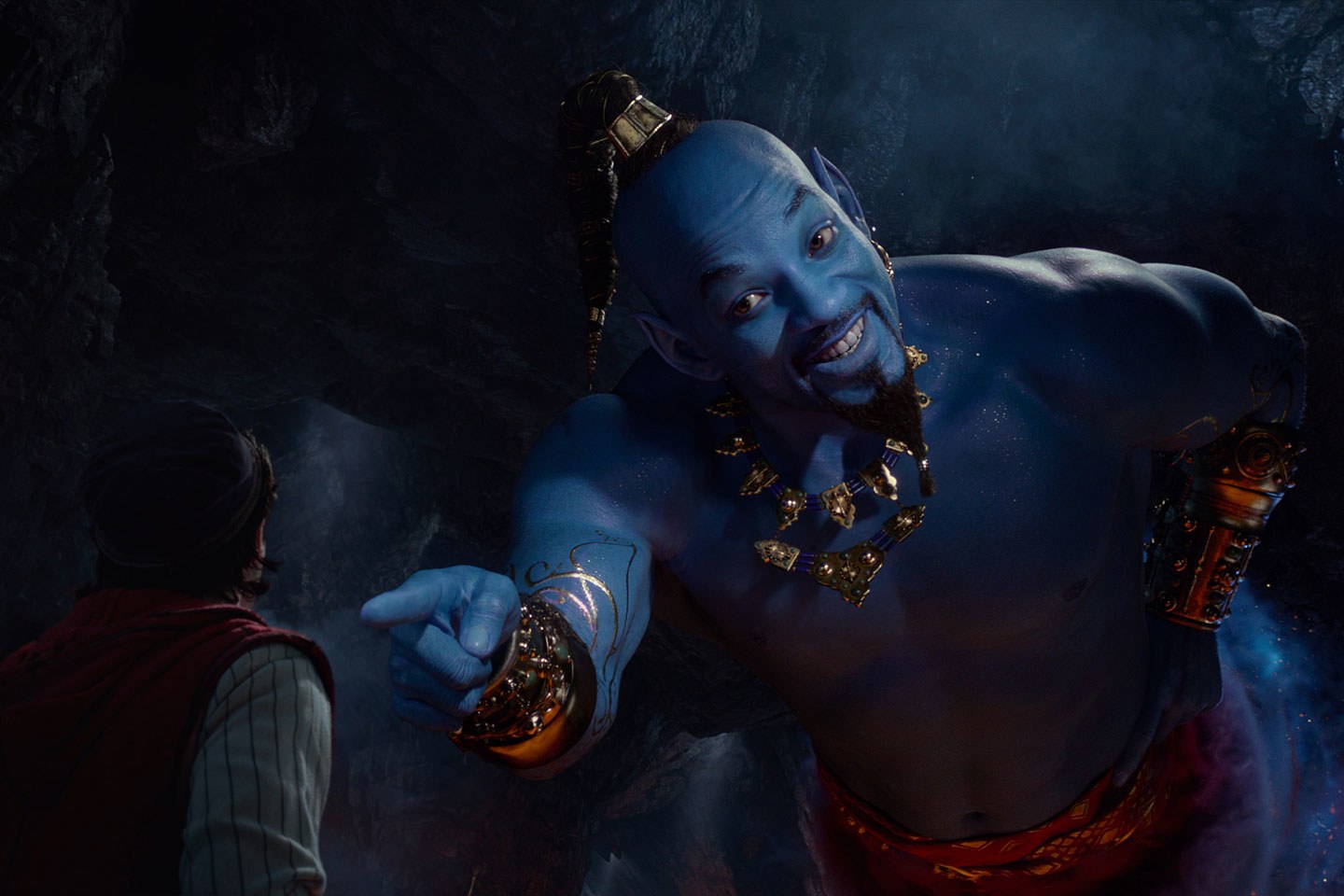 Oh, how fickle the fans can be. When teasers for Disney’s live-action Aladdin hit, the complaint was that Will Smith’s genie…well, he wasn’t so blue. In fact, he wasn’t blue at all and that was apparently one change too many for the Guy Ritchie flick. Now a new TV spot released during tonight’s Grammys finally gives Smith’s Genie the Smurf-like hue they were expecting, and the outcry has been just as bad. Frankly, I find the sight of him terrifying and it’ll be seared into my nightmares until something else can shake it loose.

Otherwise, the Genie just looks like Will Smith on some Majin Buu shit. If a bluish tone is this movie’s worst offense then I’d say Disney will be just fine. The bigger question mark is Ritchie, whose track record is spotty at best, and this type of family-friendly adventure has never been his bag.  Is he the right guy to reimagine some of the original animated movie’s classic scenes between street urchin Aladdin (Mena Massoud) and Princess Jasmine (Naomi Scott)? With music by Alan Menken and La La Land duo Pasek & Paul it will at least sound great, and should recapture some of that old magic.

For what it’s worth, Smith took to Instagram to urge his fans to trust in him a little bit more. He promised he’d be blue and he delivered. Um, thanks?