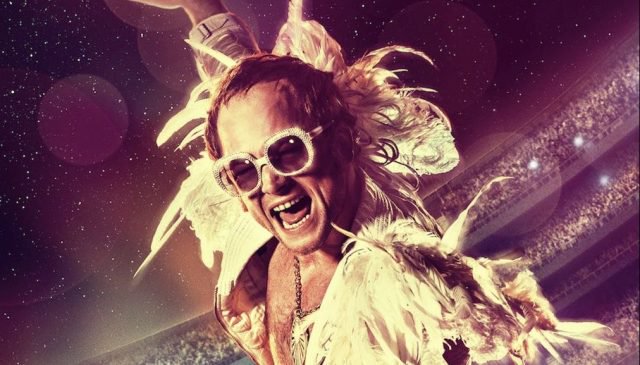 Elton John is such a unique personality I don’t know if any actor could truly capture his spirit, which has made the casting on Rocketman interesting to say the least. Originally set for Tom Hardy in the role, which would’ve been wild, ultimately it went to Kingsman star Taron Egerton who actually sings Elton John’s classic songs himself. Now a new trailer for the film has dropped which not only gives us an earful of Egerton’s voice, but a glimpse at the “musical fantasy” in action.

When I hear a film described as a musical fantasy, which is what director Dexter Fletcher calls it, the first thought that comes to mind is Julie Taymor’s Across the Universe. I see similarities in Rocketman‘s surreal qualities shown in this trailer, ensuring audiences understand this won’t be a straight-up biopic. It’s a fantastical look at Elton John’s formative years, complete with psychedelic sequences and the lavish fashion we’ve come to expect from the glamorous performer. It’s a far cry from Fletcher’s previous work on another musical biopic, Bohemian Rhapsody, and if he can hit the same box office and critical acclaim that will really be something.