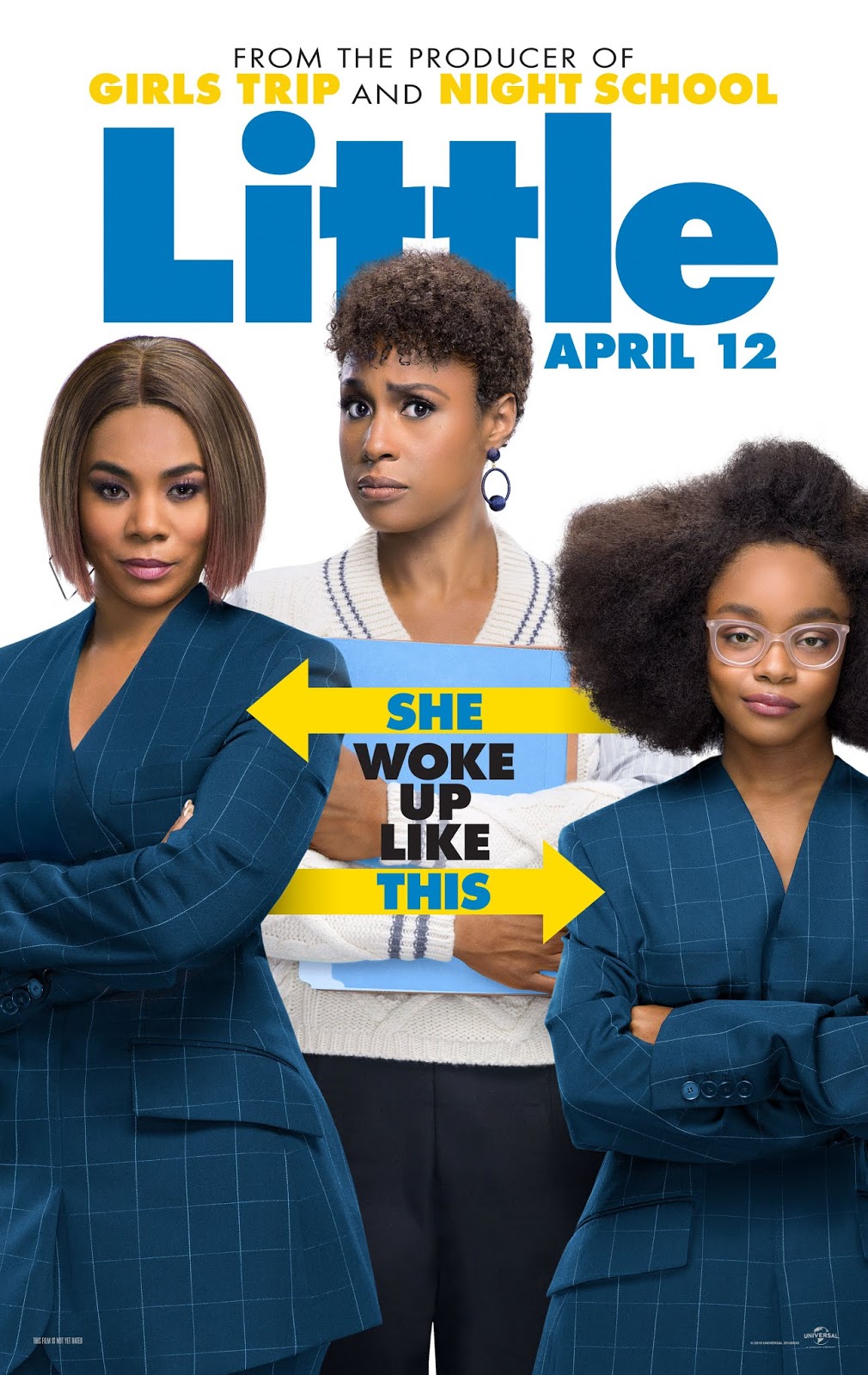 Marsai Martin was inspired to star in the comedy Little when she was just 10 years old. It was back in 2014 when the Black-ish star approached Kenya Barris with her idea for the film, a twist on the Tom Hanks classic, Big. And now 5 years later her big idea is headed to the screen with Martin sharing the screen with Regina Hall and Issa Rae.

Martin and Hall both play Jordan Sanders, a high-powered, ruthless tech mogul and the ultimate horrible boss. After pissing off the wrong kid, Sanders wakes up in her penthouse as her 13-year-old self just before an important do-or-die meeting. Rae plays Sanders’ long-suffering assistant and the only one in on the truth of what has happened, and she takes great pleasure in seeing her boss forced to grow up for a second time.

Produced by Will Packer and directed by Tina Gordon, Little opens on April 12th.

Issa Rae Is Spider-Woman In ‘Into The Spider-Verse 2’