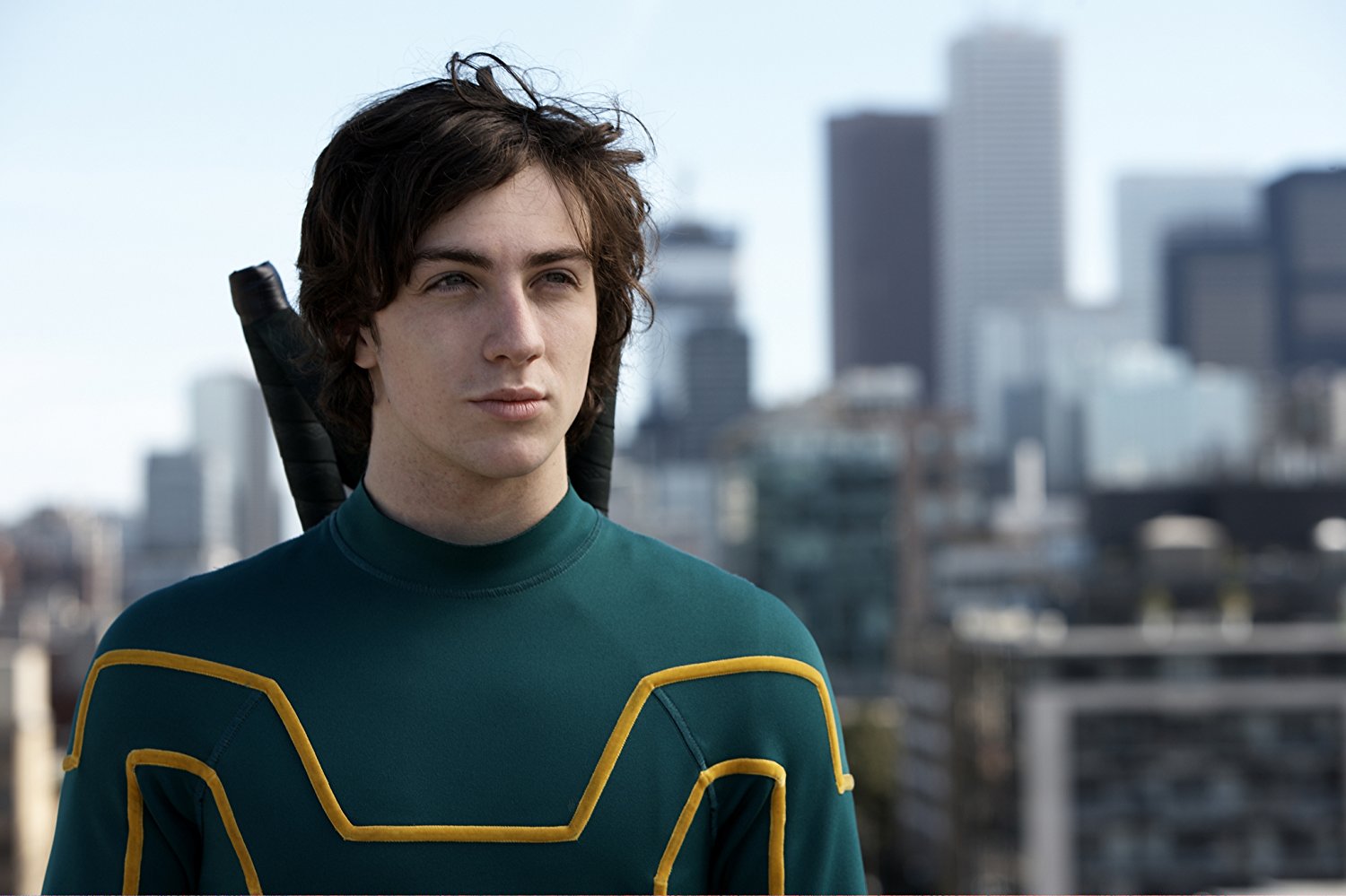 It’s the reunion we’ve all been waiting for! Baz Bamigboye has confirmed a reteaming of Kick-Ass star Aaron Taylor-Johnson and director Matthew Vaughn for the upcoming Kingsman prequel, The Great Game.

Baz, who is usually the one to turn to for James Bond scoops, is one of the most reliable news hounds in the U.K., so this one is about as solid as it gets. He says Taylor-Johnson is on board the film which is set a full 100 years before the events we’ve seen in The Secret Service and The Golden Circle.  Joining Taylor-Johnson will be ex-Bond girl Gemma Arterton, Tom Hollander, Djimon Hounsou, and Orphan Black‘s Alison Steadman, while Baz has confirmed the previously-rumored Daniel Bruhl, Matthew Goode, Rhys Ifans, and Charles Dance.  The film will be headlined by Harris Dickinson  (The Darkest Minds) and Ralph Fiennes.  Taylor-Johnson’s role is unclear, but Arterton is playing a nanny; Hollander has three roles including a Russian tsar, George V, and a Kaiser all linked to Queen Victoria.
The lineup shouldn’t come as a surprise as Vaughn was always expected to stick with high-quality actors rather than the A-list stars he assembled for The Golden Circle. That said, this group has plenty of star power, too. The biggest question for audiences will be the lack of familiar characters, as you won’t find Taron Egerton’s Eggsy anywhere near this story. Instead you’ll have Dickinson in the role of Conrad, who is eager to serve his country during WWI. More of a period drama than over-the-top spy thriller like previous films, it’s said to focus on the man who may one day be the first Kingsman.
Kingsman: The Great Game opens November 9th and is filming now.