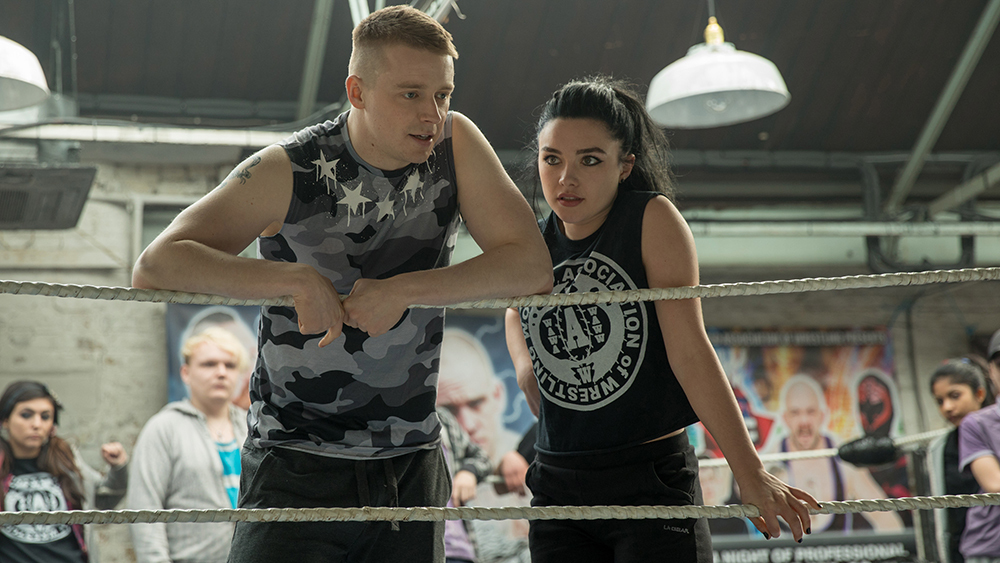 At Sundance I had the good fortune to attend the world premiere of Fighting with My Family, the WWE Studios film about superstar and former champion Paige. My biggest takeaways from the film were that it was good to see pro wrestling used to tell a traditional underdog story, and that star Florence Pugh is about to emerge in a major way.

Pugh, who had previously earned acclaim for Lady Macbeth and The Little Drummer Girl, captures Paige’s wild spirit which made her a favorite to WWE fans. She gets to show more of that in the latest trailer on Paige’s rise from an indie wrestler from Norwich, England to WWE Women’s Champion.  The film also stars Nick Frost and Lena Headey as Paige’s parents, both well-known wrestlers in their own right, and Jack Lowden as her brother Zack, who shares her dream of making it to the WWE. Dwayne Johnson makes a couple of cameos playing himself, and serves as a producer. He and Paige both come from wrestling families, which is one reason he was drawn to the project.

The family had a soft opening last weekend, earning $165K. A full rollout begins on February 22nd. Check out the final trailer below.