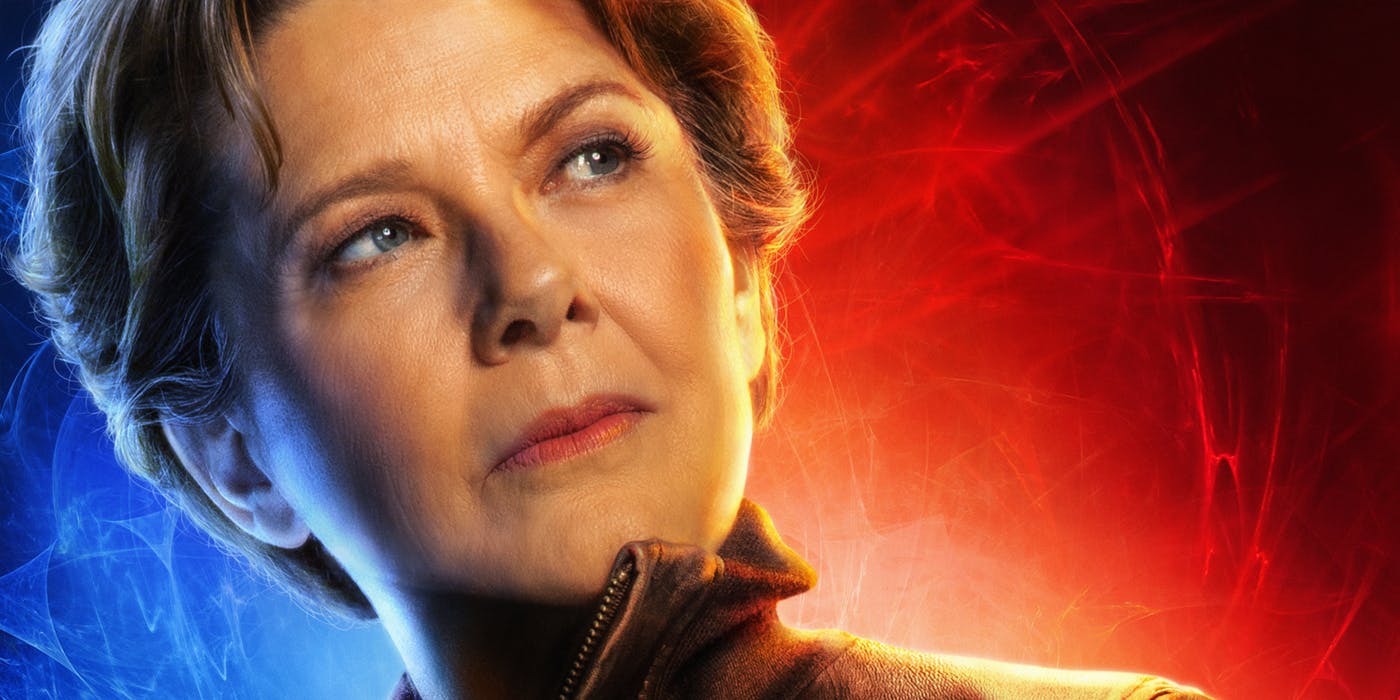 Most of us here are die-hard Marvel fans who have seen every single movie in the MCU, probably a bunch of times, and still the vast array of characters and storyline can be confusing. I imagine that goes triple for screen vets like Glenn Close and Annette Bening when they sign on for a role, wondering what the fuck all this nerd shit is really about. In the case of Bening, who has a very mysterious role in Captain Marvel, she admitted to Stephen Colbert that she needed her kids to tell her what was going on.

During the interview, Bening and Colbert played coy with all the secret shit they knew about the movie. I’ll give Bening credit; she’s better than Tom Holland who can’t keep his mouth shut to save his life. Fortunately, she was allowed to spill the beans on one thing that has been eating at fans since she was cast, and that’s her role. She’ll be playing the Supreme Intelligence, ruler of the Kree people and its greatest scientific mind…
“A god-like entity, the leader of the Kree people. The artificial intelligence which consists of the greatest intellects of the Kree people for the last million years.”
She added, “And there’s more, but I can’t say it.”
Bening also provided a clip featuring her alongside star Brie Larson. It appears the Intelligence can take on whatever form it wants, and I’m guessing her appearance resembles that of Carol Danvers’ mother? Seems like a logical plan, but I could be wrong.
Captain Marvel opens March 8th. Watch the segment below, with the actual clip starting around the 3:40 mark.