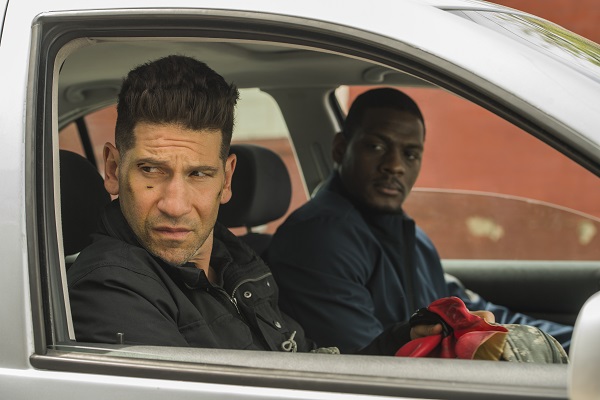 Most of the Marvel Netflix shows, while “street level” still deal in the world of the extraordinary.  Daredevil has super senses even though blind.  Both Jessica Jones and Luke Cage have super strength.  Iron Fist has the, well, iron first power.  So, they all could compete with the Avengers on some sort of level if they ever got bumped up to the big leagues.  That isn’t the case with Frank Castle though, who’s superpowers seem to be rage, and a capacity to kill bad guys with extreme prejudice.  The Punisher has been a tough character to crack.  After all, he’s pretty much Dirty Harry, just a little more Dirty Harrier.  Leave it up to Netflix to be able to crack the code and give us a very authentic version of Frank Castle in The Punisher.

The first season was pretty good.  It did retcon his origin story first introduced in Daredevil Season 2, but the sheer alpha-ness of Jon Bernthal helped deliver a strong first season.  By the end of it, Castle had embraced being The Punisher, was a vigilante operating in the shadows, and we finally got a good origin story and creation of famed Punisher villain, Jigsaw.  Even though many Netflix shows are getting a production level version of the “Thanos Snap,” fans were optimistic for the second season of The Punisher to hit streaming services.

The season begins with Frank still on the run after having brokered a deal with Homeland Security (to avoid egg on their face), to be given a pass for dismembering former friend Billy Russo’s face, and is now trying to keep a low profile in the Midwest as a grifter named “Pete Castiglione” going from town to town.  All that changes for him when he comes to a smalltown bar for a drink and meets two different women.  The first, a bartender who he showed some chivalry too, and the second, a small teenage girl who clearly is having some problems.  As that night continues into the next day, circumstances surrounding his interactions with both women bring out his Punisher persona as he tries to do the right thing and help them out, only to have the beast unleashed once again.  The teenage girl, Amy has found herself in some trouble with some extremely unsavory characters, specifically dangerous religious assassin John Pilgrim.  Castle, not wanting to see a young woman be hurt (and reminds him of his daughter), takes it upon himself to be her lethal protector. 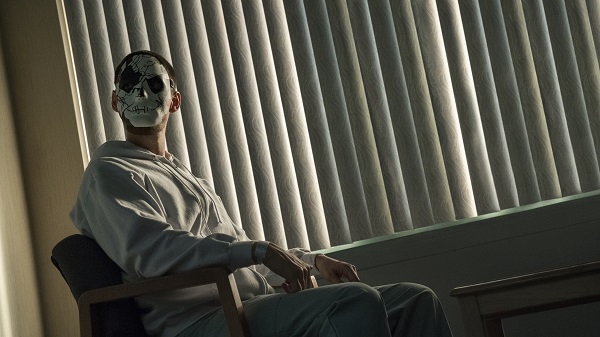 Meanwhile, in New York, Billy Russo has somehow managed to survive his hellish fight with Frank at the end of last season.  However, he’s no longer the smooth-talking military grunt-turned-private-security contractor-executive he was, he’s a shell of himself.  He doesn’t remember anything of his past life, he only has frightening dreams of being attacked by a skull (the logo on Frank’s Punisher costume), and his once pretty face is now scarred, so to feel at home, he wears a Halloween mask.  Agent Madani, who somehow managed to survive being shot in the head by Barnes in last season’s finale, is now obsessed with Russo.  She goes to his hospital room every day, and despite being told he’s a completely changed person, she’s convinced that he’s faking it and biding his time to escape. 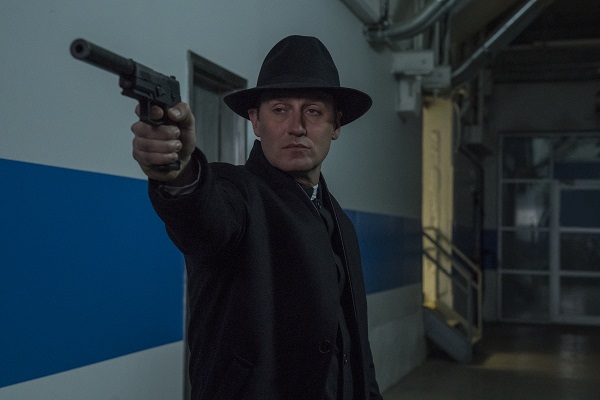 Slowly but surely, everyone’s paths meet up as Frank and Amy meet up with Madani and Russo in New York City and all mayhem breaks loose.  Pilgrim, still tracking Amy and Frank also follows them to New York as well.  From there on, we get some good old fashion punisher as then show moves 1,000 miles a minute full of blood, guns, and guts.  Part of the mystery this season is trying to find out why Pilgrim and his employers are after Amy.  As each episode builds, the reasons, and twists and turns continue to grow and we learn just how high up this weird conspiracy grows.

Performance-wise, everyone brings their A-game.  Jon Bernthal can now play Frank in his sleep.  No longer is he just a ramped-up Shane from Walking Dead, but he now has fully embraced his character completely and made it his own.  Bernthal does elevate the material in every scene he is in this season.  In addition to Bernthal, another standout is Jason R. Moore, who plays Curtis, a fellow vet who runs a support group.  Curtis in parallel to Amy, try to be the moral voice for Frank and try to stop him from pushing himself over the edge.  This season while helping Frank, Curtis also crosses some lines he thought he would never cross as the season progresses.  Another standout is stress Floriana Lima, who plays Doctor Dumont, Russo’s therapist, who crosses her own ethical line when it comes to trying to “save” her patient throughout the series.

This being a Netflix show, the villains always get their chance to shine.  Actor Josh Stewart, who plays John Pilgrim is a very interesting character.  He’s a dedicated religious person, who has no qualms about picking up a machine gun and murdering innocent people.  New reports about his character have been overly exaggerated.  He was first talked of as a member of the “Alt-Right,” which made many people excited to see The Punisher going toe to toe with a Richard Spencer type of person.  Pilgrim is more of a reformed Nazi who turned to God, but still has his killer instincts.  His past is brushed by as he meets some of his former “brothers” in one scene, but most of his character development is based on him knowing he (like Frank) has to unleash his wild side to complete his mission, and all he wants to do is get back to his Christian family.  If anything, he shows how Organized Crime, and Organized Religion can blend rather easily.  Russo returns and gets a chance to be a very dynamic villain.  Last season, he was calm and in control, a master manipulator.  The events of the first season really messed with his mind as we see his character go through several rounds of PTSD in the aftermath of his fight against Frank at the end of season 1.  Last season showed Curtis to help Frank and other vets deal with their PTSD problems, through Russo, we get to see how his crumbling mind works.  While he still is evil, he is very sympathetic at times.

That being said, the show is not without fault.  Like most Netflix shows, it’s a few episodes too long.  The season takes place over 13 episodes when it could have taken probably 8-10 episodes.  A few things are inconsistent as well.  Russo goes from an afraid blabbering psychopath to a criminal mastermind with ease.  While Madani believed he was faking it the entire time, it’s proven that he is a broken person and not faking it.  Speaking of Russo, he doesn’t have the “Jigsaw” look from the comics.  The Jigsaw that purists know and love is horrible-looking as his face is literally a jigsaw.  On the show, having an actor as handsome as Ben Barnes under layers of prosthetics probably wasn’t going to fly, so they let him show his pretty face (after he stops feeling shame and takes off the Halloween mask), and the cut makeup is rather tame.  The show does have the dreaded Marvel/Netflix “two villain” problem as we juggle our time between Pilgrim and Russo.  While The Punisher season two manages it better than other shows have (meaning they don’t kill a character halfway through to introduce another), it’s still a juggling act as while both villains have to interact with Frank as two separate storylines that don’t intersect.

That being said, The Punisher is still a fun ride.  While just about every other show has been canceled (cross your fingers for this one), that doesn’t mean that we don’t see a few people from all the Marvel Netflix shows.  Seargent Brett Mahoney makes his presence as he has on Daredevil and Jessica Jones as he is both hunting Frank, and also trying to figure out everything going on with Pilgrim and Russo.  Karen Page also makes a brief cameo to provide some moral (and clandestine) support for Frank.  Of course, a Marvel/Netflix show wouldn’t be complete without Turk Barrett!  The show manages to give you everything you expect from it with some strong performances throughout the show, and the action rarely lets up!