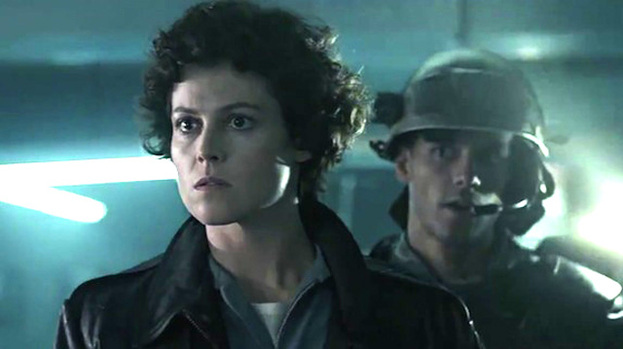 There’s a surprising amount of love for the Alien vs. Predator franchise, and I think for a lot of people the hope was that Shane Black’s The Predator could help lead to a revival of that cinematic rivalry. But the film was a little underwhelming at the box office, and who knows when we’ll see the Predator return to hunt again, this despite a conclusion that teased an absolutely insane sequel. And yet, if one of the alternate endings had been used not only would it have been even more bonkers, but those hoping for another epic Alien crossover would’ve gotten their wish.

A set photo revealed on Instagram by artist Yuri Everson shows an image from one of the film’s many alternate endings. While we always knew this was the case, what wasn’t known is that one of them would’ve set up the return of Ellen Ripley, the iconic character played by Sigourney Weaver.

“We shot three different endings for The Predator, all variations of a “Predator Killer.” This unused ending was Predator Killer Ripley wearing the breather mask we created for the film. You can see her name tag there on her costume.”

We shot 3 different endings for #thepredator, all variations of a “Predator Killer”. This unused ending was Predator Killer Ripley wearing the breather mask we created for the film. You can see her name tag there on her costume. Breanna Watkins played Ripley under the mask instead of Sigourney Weaver. The moving “fingers” and “tail” were deemed too facehugger-like on the day and were cut and removed by someone… ✂️ Sorry @jon_k_miller who headed up making the breather mask for us @thestudioadi with @saratheterra @ape5150 Zac Teller and Lord Garth but they made me do it! Michael Diner and his amazing Vancouver crew made the pod. All in no time flat. More #bts to follow…?? #flashbackfriday #avpgalaxy
A post shared by Yuri Everson (@h2originals) on Dec 28, 2018 at 1:08pm PST

That would’ve been fucking nuts! And made not one damn lick of sense.  Okay, a bit of a SPOILER here for those who haven’t seen The Predator. The film basically ends with the humans defeating the powerful hybrid Predator, and coming away with a special cargo left behind by the runaway Predator that started everything.  When they opened it, a weird armor suit latched on to a nearby lab tech, transforming him into a “Predator killer”, and setting up a movie in which the humans are equipped to take the fight to the Predators once and for all.

I don’t know how they expected the Ripley thing to work. First of all, she wasn’t being played by Weaver, but by stunt double Breanna Watkins, so chances are we never would’ve seen her face, just that nametag which clearly identifies her as Ripley. And last I checked, Alien takes place way in the future, while The Predator is in the present. Was she sent through a wormhole back in time? I don’t know, and honestly, I don’t want to know. The Alien universe is messed up enough without adding time travel into the mix.  And what? Were they hoping to have Sigourney Weaver come back in a sequel? Granted, she probably would’ve done it, but that’s a big gamble.