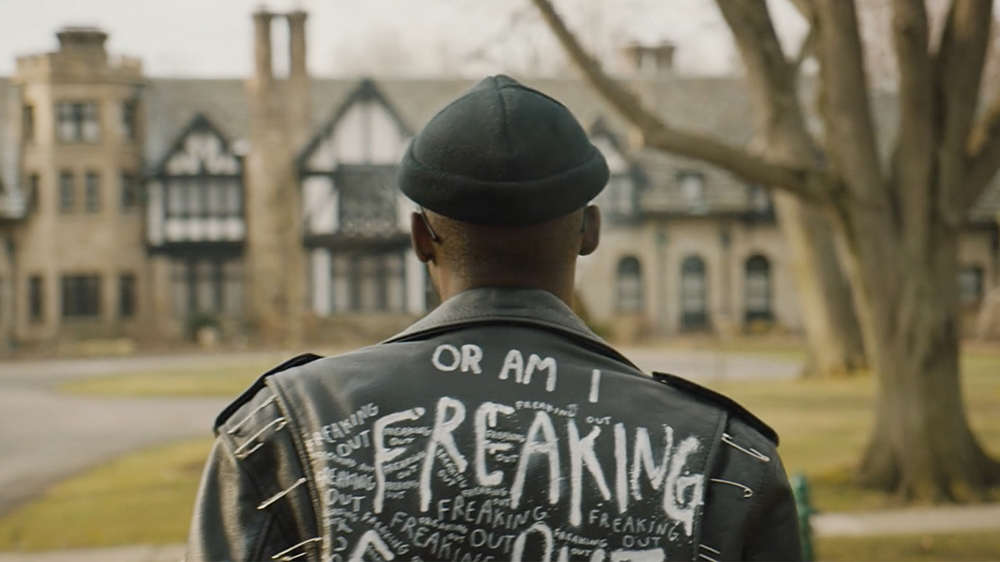 “No American Negro exists who does not have his private Bigger Thomas living in his skull.”

The great James Baldwin wrote those words in regard to the protagonist of Richard Wright’s seminal 1940 novel, Native Son, who came to embody the helplessness so many black men were feeling at the time. Helpless to a world in which failure is all but assured, hopeless that they could ever escape their poverty-stricken surroundings, enslaved to a life where crime is the only alternative.  It’s unfortunate that so many are still trapped in a cycle of such terminal despair to this day, and that so much of what Wright wrote still applies. It just doesn’t apply in Rashid Johnson’s contemporary adaptation, which removes crucial context and motivation, leaving this Bigger Thomas uninteresting and unfathomable.

An opening night film here at Sundance, Native Son comes with a lot of expectation, especially with HBO scooping up the rights mere hours before the premiere. A chorus of laughter broke out at the swiftness in which HBO Films was plastered as a header. The laughs, at least for me, wouldn’t come until later at Johnson’s depiction of a Bigger Thomas who, compared to Wright’s version, has his head screwed on relatively tight. Played with power and poetry by Moonlight‘s Ashton Sanders, Bigger is a unique cat, indeed. Rockin’ a Sprayprainted leather jacket, green hair, and with a fondness for Beethoven, Bigger is his own man, with dreams of becoming an aviator. As in the novel, he still lives in a rat-infested Chicago apartment with his mother (Sanaa Lathan) and two siblings, but the hatred of white people that fueled so much of Bigger’s hate is absent. Nor is he ignorant of the world around him, recognizing that he is better, at least in some way, than his friends who want to either sell drugs or commit common stickup jobs for cash.

At the encouragement of his family and girlfriend Bessie (played by If Beale Street Could Talk‘s terrific find, Kiki Layne), Bigger accepts a chauffeur gig with the wealthy Dalton family. The patriarch, Henry (Bill Camp) seems a fair-minded sort, if a bit quick to show how “down” he is with black culture, although he and his blind wife (Elizabeth Marvel) do give off some Get Out vibes that make you hope Bigger isn’t offered a cup of tea.  But it’s their radical liberal daughter Mary (Margaret Qualley), who is the real oddball. Something’s clearly off about her; she drags Bigger to parties where she can make out with her secret fiance Jan (Nick Robinson) and annoy her parents.

In Wright’s novel, it was the world around him that perplexed Bigger and drove him to rather deadly lengths. He never understood white people; and felt ashamed of his upbringing and his poor family to the point that it drove him to murderous rage.  Here, Bigger is keenly aware of the danger he’s in around Mary. At any point in time she could make him lose his job, or worse. But what Bigger isn’t is someone caged by a society that seeks to keep him down, or at least that’s not what Johnson has captured on the screen. When Bigger commits a violent act that throws his world into chaos, the motivations for his actions are cloudy. Where is the suppression he feels that makes his crime any more than just a simple accident?  Where is it coming from his gruesome actions that follow, and sociopathic thoughts that offer little room for the empathy Wright’s novel fought so hard to attain from the reader? Where is the desperation that leads Bigger to a final, fateful decision that appears to be nothing but a shallow condemnation of police violence? The Bigger Thomas of Wright’s book had no other options; he was born into this world with no options so all he could do was lash out.

Despite flashes of Johnson’s visual artistry, capturing Bigger’s isolation as the world literally zips past him in a flash, screenwriter Suzan-Lori Parks creates a Bigger Thomas who is unrecognizable.  The many themes found in Wright’s novel still resonate, but Native Son is a missed opportunity and it leaves you wishing someone else comes along and gives this powerful story the update it deserves.