Based on Victor Santos’ comic of the same name, Polar is the story of an organization
of assassins and the crazy world they live in. Duncan Vizla (Mads Mikkelsen),
known affectionately as The Black Kaiser, is the most feared and celebrated
assassin in the game. Unfortunately, he is turning 50 in two weeks which means
that he will be forced into mandatory retirement. During his long and illustrious
career he has banked over 8 million dollars in his retirement account, which
his company is not exactly thrilled to pay. To avoid this financial burden, the
head honcho of his organization Mr. Blut (Matt Lucas) decides that it would be
in the company’s best interest if Vizla didn’t make it to his 50th
birthday. Blut sends Vizla on a mission to Minsk to kill a potential threat to
their team, however Vizla learns that he is being set up and suddenly the
predator becomes prey. 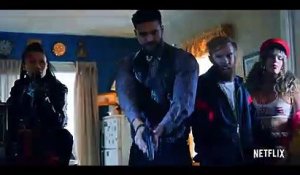 Vizla retreats to his secluded wintery cabin home to wait
out the days until his retirement. He gets a pet (or two) and is enjoying
settling into his post-assassin life. Vizla befriends his neighbor across the lake Camille
(Vanessa Hudgens), a shy and quiet soul who is as mild mannered as they come. While this is happening, Blut is
extremely desperate and sends his next best team of assassins to find Vizla and
take him out. This team is made up of Hilde (Fei Ren) who happens to be Blut’s lover,
Sindy (Ruby O. Fee) a seductive killer who knows how to use certain attributes
to get whatever she wants, Facundo (Anthony Grant) the deadly accurate sniper
of the group, Alexei (Josh Cruddas) an assassin that is not afraid to get up close and
personal with knives, and Karl (Robert Maillet) the lumbering oaf that anyone would
want on their team. Vivian (Katheryn Winnick) warns Blut against poking the
bear, but he doesn’t listen. Things quickly go south and before Blut knows it,
Vizla goes from wanting to retire peacefully to exacting his revenge. 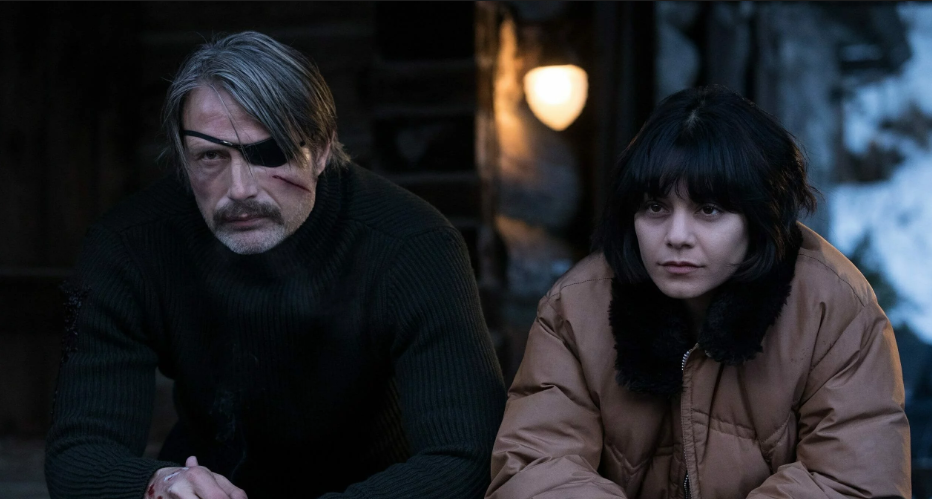 I’ll be the first to say that Polar is not for everyone. For starters it is definitely not for
kids – this movie is a HARD ‘R’. It
is full of violence, drugs, sex, and cursing. It is over-the-top with absurd
characters and bloody violence from start to finish. Polar is one hell of a ride. That being said, know what you are
getting yourself into. If you are looking for subtly then Polar will slap you in the face. If you are looking for an assassin
movie full of elegance and sophistication ala John Wick and The Equalizer, then
Polar is not for you. It is a
brutish and rugged film and the best part is Director Jonas Akerlund and
screenplay writer Jayson Rothwell know it and embrace it. Throughout the movie
it seemed like the cast and all the creative minds behind Polar had a blast while making the film, especially Mikkelson who
delivers a fantastic performance as the stoic, ‘Michael Jordan’ of assassins. Polar is brimming with dark humor and
some subtle, and not so subtle, jokes that add to the whole experience. So,
turn off your brain, get that popcorn ready, eat it quick before you become too
nauseous to finish it, sit back and enjoy the absolutely ridiculous ride that Polar and Mads Mikkelsen take you on.
Rating: 4 out of 5