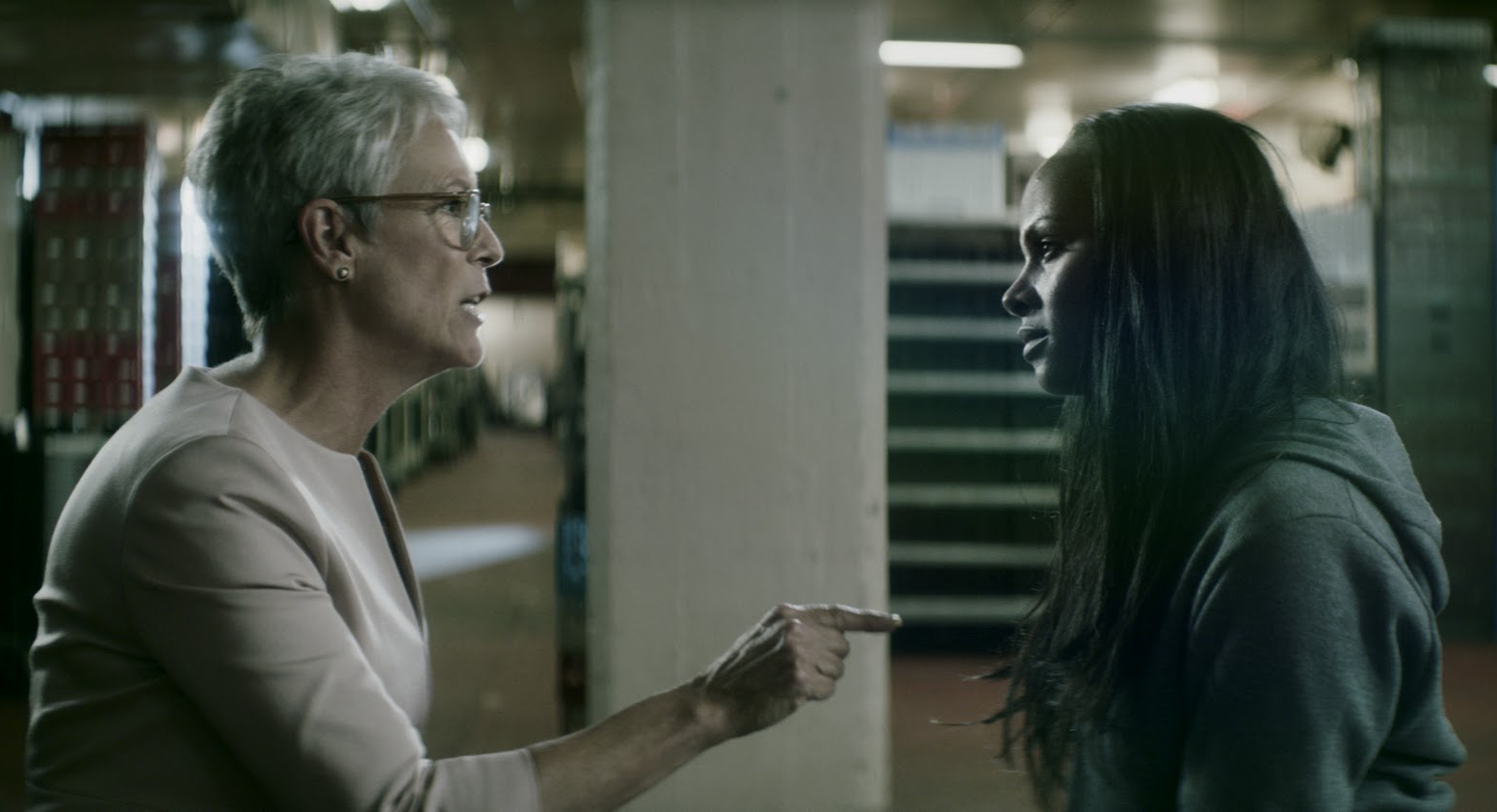 An Acceptable Loss is a political thriller with a point to make, as it takes our government’s Middle Eastern policy to task for the extreme lengths gone in the war on terror. That point, however, gets cloudy in a dull slow burn of a mystery followed by warmed-over genre twists. That writer-director Joe Chappelle has a message at all, sardonic though it may be, leans in the film’s favor as most movies of this type tend to play it safe nowadays, and the casting of Jamie Lee Curtis as President of the United States is always going to be welcome.

Chappelle was a director on Halloween: The Curse of Michael Myers, one of the few of that franchise not to feature Curtis. It makes one wonder what kind of conversations they had about the horror while on set, and if any of their nightmares bled over into the making of An Acceptable Loss, which is a nightmare scenario for anybody concerned about foreign policy in the Middle East. The lead is capably played by Tika Sumpter as Elizabeth “Libby” Lamm, a former national security advisor to then-Vice President Rachel Burke (Curtis). Libby is a hated woman everywhere she goes; she’s just taken a teaching job at a Chicago university where her very presence is protested and threats made against her. We’re never told why, and that mystery, while intriguing for the first 20 minutes or so, drags on for nearly the first hour. Libby also manages to secure herself a stalker, a sullen student named Martin (Ben Tavassoli), whose connection to her is also a question mark. Not only does he follow her around to school functions, but goes so far as to plant cameras in her home.

Those following closely start to pick up where this story is headed. Libby was involved in a controversial military decision that cost thousands of innocent lives in Syria, all at the urging of VP Burke, and since Martin is of Middle-Eastern origin, we can get an idea of what his beef is.  Chappelle’s sympathies here are with Libby, whose documentation of her experiences in helping to craft that decision are shown to be out of guilt, and an attempt to make amends for what she’s done. But at every turn, this is upended by the presence of Martin, who forces us to simply see her as a victim. When the two finally come face-to-face, and Martin learns of what Libby is doing to atone, the whole matter is simply flushed down the toilet and they become eager companions in warding off agents of now-President Burke who wish to silence them.  I get it; strange bedfellows and all, but the haste in which all is forgiven will make your head spin.

My biggest disappointment with An Acceptable Loss is that it sidelines the best relationship in the movie, which is between Libby and Burke. We get a few flashbacks of Burke making her hardline case to a reluctant Libby, and then later as a power-mad Burke tries to strongarm her former aid into silence. But there’s room for a bigger discussion there, between two powerful women engaged in what is largely seen as a man’s field, while Curtis and Sumpter are both extremely passionate in their few exchanges. The film’s sluggish narrative does pick up a few notches in the final act, and the conclusion is genuinely surprising, but An Acceptable Loss didn’t have to lose its willingness to debate a serious issue to get there.