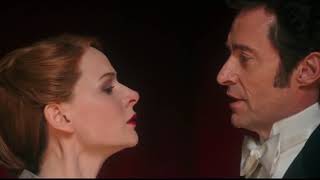 The combination of Hugh Jackman and Rebecca Ferguson helped take The Greatest Showman to record-breaking box office numbers, and now they’re looking to do it again in a totally different genre. Deadline reports the two will star in Reminiscence, a sci-fi thriller from Lisa Joy, a co-creator of HBO’s Westworld.

Joy has secured Jackman and Ferguson for her directorial debut, which has the high concept we should expect from a mind behind Westworld.  Jackman would play what is essentially a private detective, only he’s hired to retrieve cherished memories in a near-future Miami that is mostly underwater due to climate change. Ferguson will play a client that Jackman’s character becomes infatuated with.

Joy’s Westworld colleague Jonathan Nolan is on board as a producer, and shooting will take place in October which will allow them to complete the show’s third season.