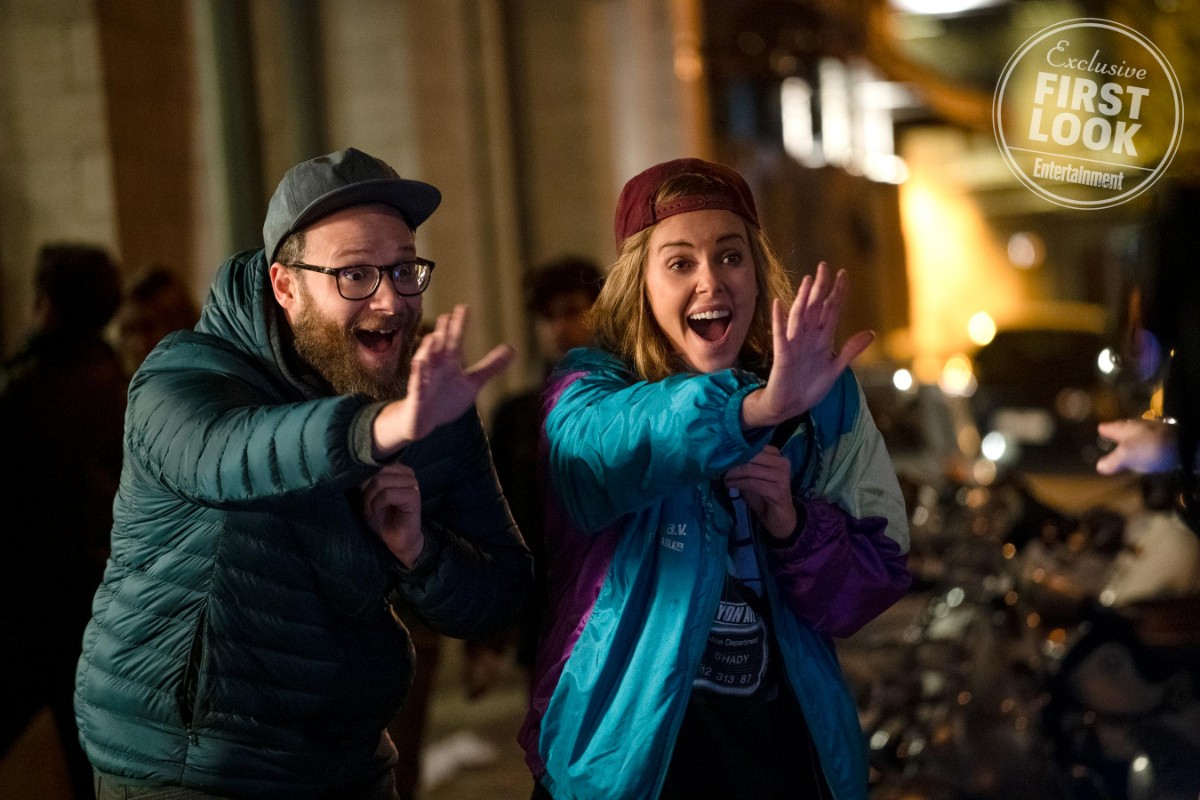 Seth Rogen is getting back into the political comedy game, although this one shouldn’t run the risk starting WWIII like The Interview did. EW has debuted the first images from Long Shot, formerly-titled Flarsky, which stars Rogen alongside Charlize Theron.

Penned by Dan Sterling with Rogen behind the camera, The Long Shot stars Theron as Charlotte, a U.S. Secretary of State ala Hilary Clinton, and her ambitions to become the first female President of the United States are much the same. Rogen plays Fred Flarsky, a gonzo journalist and hard-partying political writer with a nose for trouble. He and Charlotte reconnect when he starts punching up some of her speeches, rekindling an old flame that could derail her political ambitions.

The film also stars Alexander Skarsgard as the Canadian Prime Minister, Bob Odenkirk as the POTUS, along with O’Shea Jackson Jr., Andy Serkis, Ravi Patel, June Diane Raphael, and Randall Park. The Long Shot opens on May 3rd but will make its world premiere at SXSW. 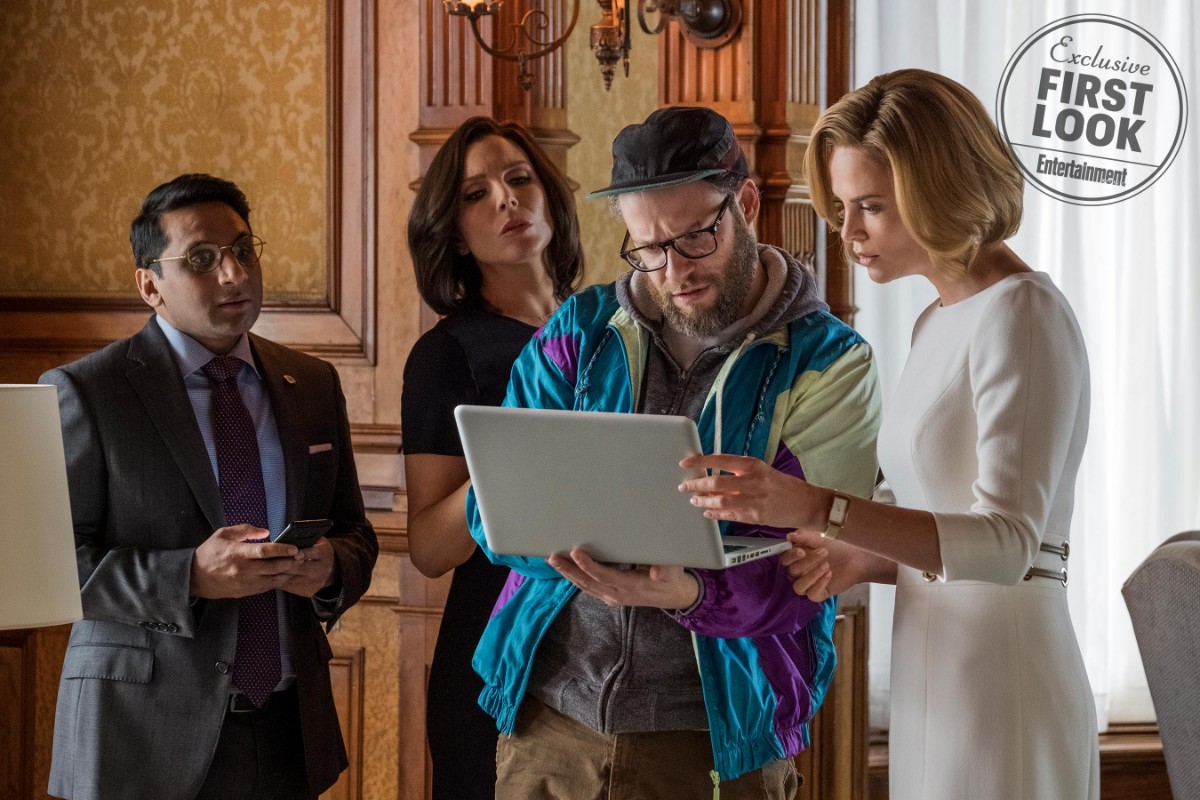 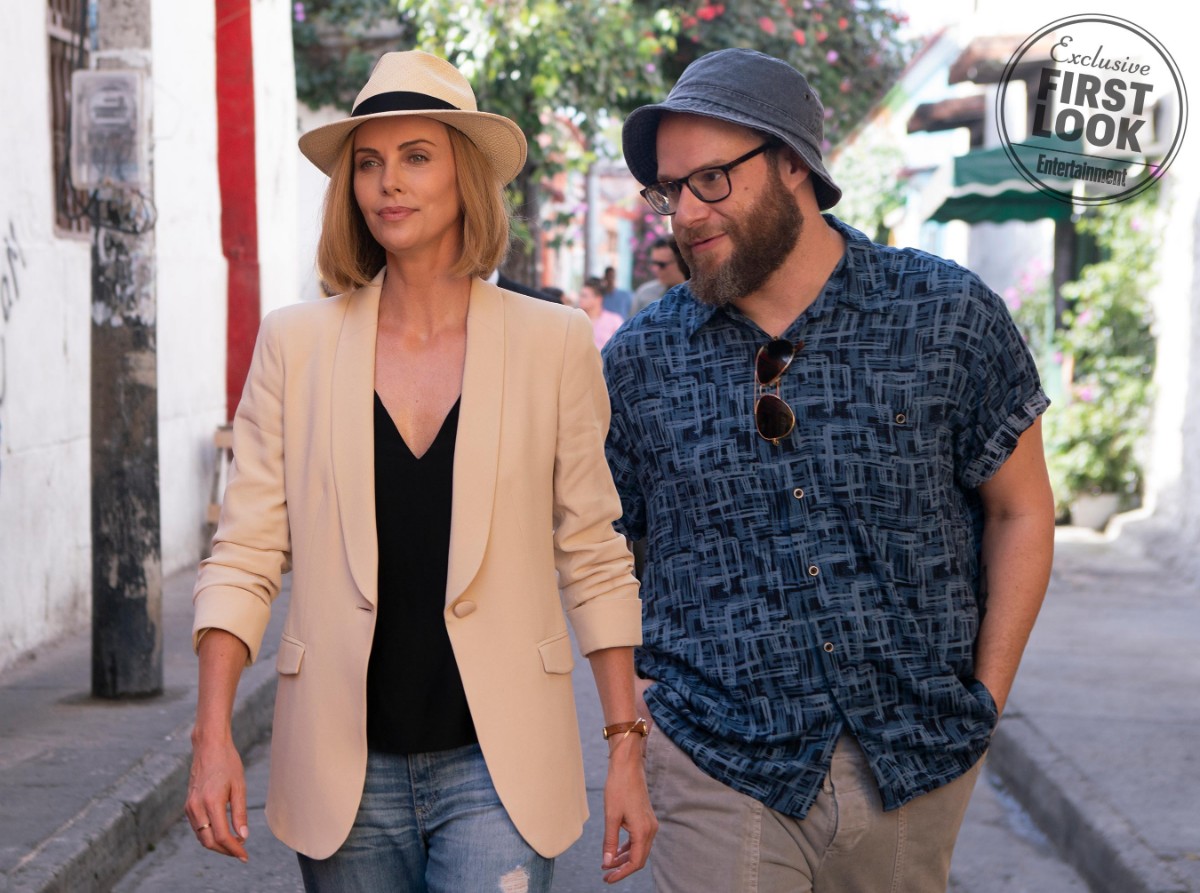