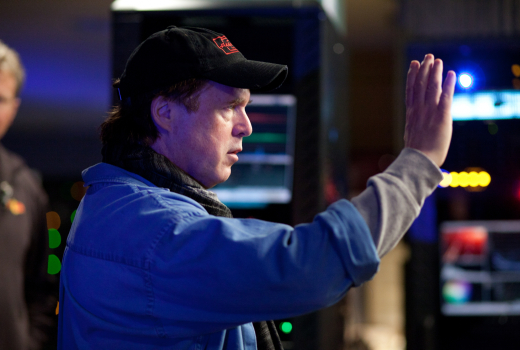 Brad Bird is probably best known for his animated work on Pixar’s Incredibles, Incredibles 2, and Ratatouille, that’s probably because his live-action stuff is a mixed bag. While his work on Mission: Impossible-Ghost Protocol is fantastic, really stepping that franchise’s stuntwork to the next level, Disney took a bath on Bird’s failed Tomorrowland epic.  So it’s interesting that for his next movie, Bird is hoping to give us the best of both worlds.

Speaking with Variety, Bird revealed that his next film will be a live-action musical with about 20 minutes of animation.  He didn’t reveal much else except that it is an original work, and it will feature music by the great composer Michael Giacchino.  Bird and Giacchino have worked together multiple times in the past, so the collaboration on this scary new venture for the director makes sense.

Bird says, “I don’t know anything about musicals so I figure I should do this because I’m deathly afraid of it and that sounds like a cool thing.”


Bird didn’t say what studio this project is with, either. Should we just assume it’s a Disney/Pixar thing? More details as Bird feels comfortable revealing them, but anytime he’s got something new it’s worth keeping a close eye on.

#Incredibles2 director Brad Bird gives details on his next project, including that it will be a musical #BaftaTeaParty pic.twitter.com/NfucPRpnai