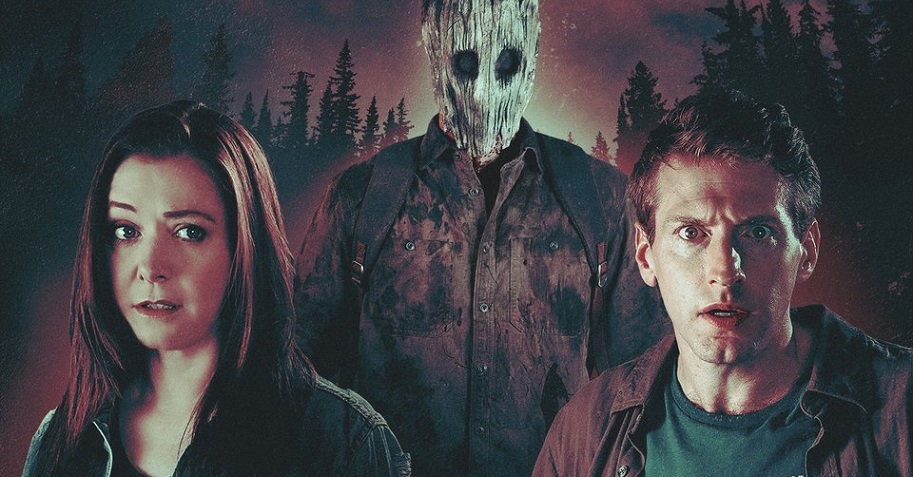 Pairing up a pair of Joss Whedon regulars in Alyson Hannigan and Fran Kranz, the retro horror You Might be the Killer made some noise at Fantastic Fest and TIFF earlier this year. Not all of it was good, but I dig the idea of a film that so readily embraces the slasher films of my youth, while the title brings back memories of I Know What You Did Last Summer.

Directed by Brett Simmons, the film stars Kranz as Sam and Hannigan as Chuck (the writers first names are Sam and Chuck so…), best friends trying to survive a masked killer’s murderous rampage at Camp Clear Vista where Sam is lead counselor. It’s Sam who calls Chuck, a slasher movie expert,  for help rather than the police, and together they fill in the blanks of his memory, only to come to the realization that it might be Sam who is the murderer.

Okay, so I can see the potentially clunky and convoluted pitfalls in the premise, but for me this trailer is a lot of fun. Maybe it’s because seeing Hannigan has me aching to watch all seven seasons of Buffy the Vampire Slayer again, but whatever the reason is I’m down for this movie. It’s available right now On Demand so maybe it’ll get a watch soon. If you see it, be sure to message me with your thoughts.