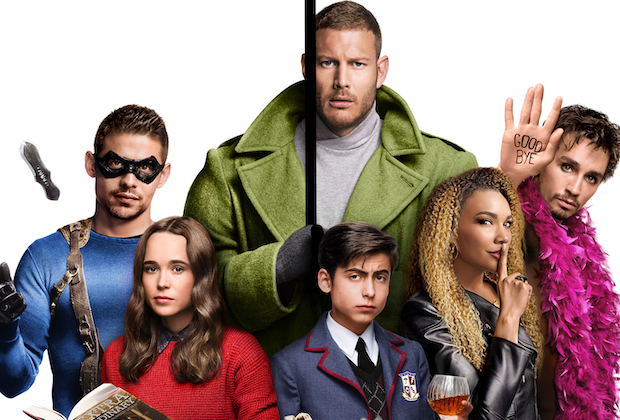 With Netflix’s Marvel deal winding down, there’s a need for a new superhero series to fill the void. And if you aren’t going to have Marvel or DC, you could do far worse than a comic book adaptation of Gerard Way’s The Umbrella Academy, which is like the X-Men only way weirder.

The first trailer for the series has arrived, featuring Ellen Page, Mary J. Blige, Robert Sheehan, and Tom Hopper.  The premise is strange and clunky, but trust me it pays off. In 1989, 43 random women suddenly give birth without showing any signs of pregnancy. Seven of those children, many of which have superhuman powers, were adopted by reclusive billionaire Sir Reginald Hargreeves, and trained to save the world. But the team fractured, only to reform years later upon news of Hargreeves’ death.
The team consists of Spaceboy (Tom Hopper), The Kraken (David Castañeda), The Rumor (Emmy Raver-Lampman), The Seance (Robert Sheehan), Number Five (Aidan Gallagher), and The White Violin (Ellen Page). How badass is it that Mary J. Blige is playing time-traveling assassin, Cha-Cha? Pretty damned badass, if you ask me. Her uber-violent partner Hazel is played by Mindhunter‘s Cameron Britton.  Kate Walsh of 13 Reasons Why and Private Practice also has a recurring role.
The Umbrella Academy hits Netflix on Feburary 15th 2019. 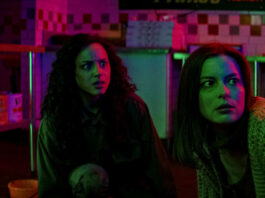 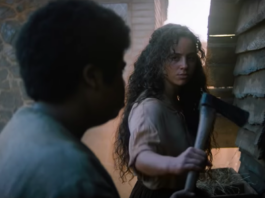 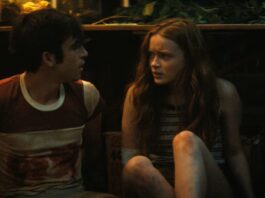