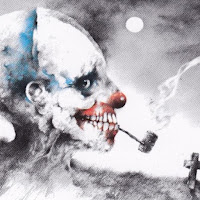 My love of horror filmis, and being scared in general, comes directly from this book series. That’s not an exagerration. I can still remember that most glorious of days when the Scholastic book fair came to my elementary school and I was immediately taken by the macabre art work that graced the cover. That book, of course, was Scary Stories to Tell in the Dark which spawned a range of sequel storybooks and plenty of sleepness nights. The stories were especially dark, gory, and grim for a book aimed at young children but damn were they effective. ‘The Big Toe’ always stands out as one of the most memorable, but they all had something worth talking to your friends about the next day at the monkey bars.

As should be obvious, the series is being turned into a film but don’t groan yet! None other then master of the macbre Guillermo Del Toro is involved in the script and though he doesn’t direct, I’m sure his fingerprints will be all over the visuals. The press release lists the synopsis below: 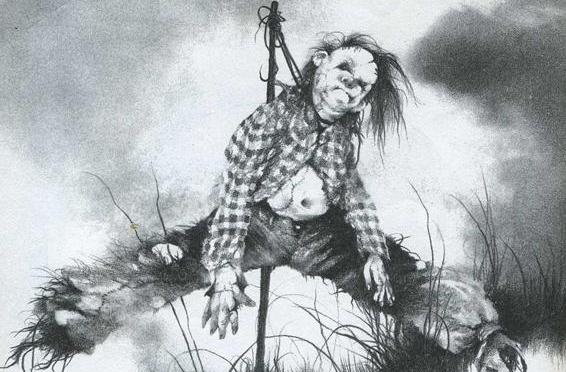 Inspired by one of the most terrifying
children’s book series of all time, SCARY STORIES TO TELL IN THE DARK follows a
group of young teens who must solve the mystery surrounding sudden and macabre
deaths in their small town.

It sounds like they are taking the Goosebumps route, which is appropriate considering they were competing books around the same time. I just hope that, like the books, Scary Stories proves to be more true to horror and less Sci-Fi/Fantasy. You don’t have long to wait as the release date has just been announced as August 9th. 2019. Why not go for the October/Halloween release, was my first thought but honestly as long as it digs up the same feelings they could release it on Memorial Day for all I care.