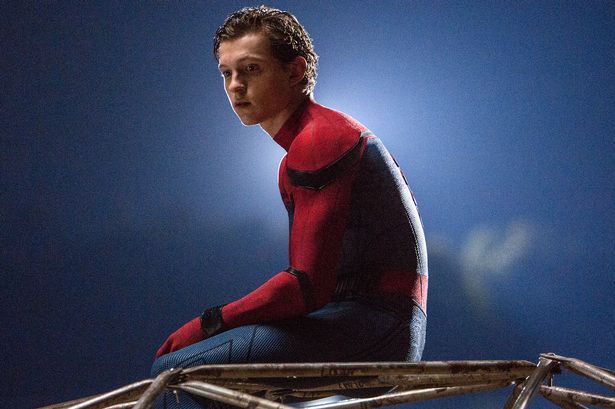 There are still two Marvel movies ahead of Spider-Man: Far From Home, including Avengers: Endgame, but we’re beginning to learn a lot about what’s in store for Peter Parker. Of course, everybody knew he wasn’t going to stay dead for long, so the mystery surrounding his return should be over. While we didn’t get the trailer a few days ago that we were expecting, some interesting plot details were dropped at Brazil Comic-Con CCXP that include a major change to supervillain Mysterio.

Jake Gyllenhaal, who will play Mysterio, and Jacob Batalon as Parker’s buddy Ned, talked about the anticipated sequel and they say not only is Mysterio not a villain, but he will be helping Spider-Man against the Elementals…

Batalon:
“It’s basically just about the kids going on a European vacation. We go to London, we go to Prague, we go everywhere. It’s just a really fun thing. There’s a lot of dynamics that go on. A lot of relationship stuff. A lot of cool funny stuff. A lot of fun stunt stuff. The main focus is for him not to be Spider-Man per se, but he gets dragged into it. But you know he reluctantly saves the world again with Mysterio. Mysterio’s a good guy in this, they’re both teaming up to kill the game, to defeat these Elemental monsters.”

Gyllenhaal:
“Well there are these threats to the world, the Elemental creatures, and Mysterio is someone who knows abut them and who wants to make sure that the world is safe from them, and Nick Fury asks him to come on and help because he’s the only one who really understands them in a way. And he teams up with the Friendly Neighborhood Spider-Man and unfortunately he has to make him become more than just a Friendly Neighborhood Spider-Man.”

Okay, a lot of interesting info there that I’m surprised Marvel and Sony cleared them to talk about. So we’ve heard in the past that Mysterio may not be the bad guy we know from the comics, but this makes his relationship with Spider-Man a little more clear. However, I seriously doubt he’s 100% on the side of light, and wouldn’t be surprised if he’s really the one behind the Elementals. Gyllenhaal does say that Nick Fury, who I guess will also return from the dead in Avengers: Endgame, recruits Mysterio because of his Elementals knowledge. I’m interested in knowing how he would know so much.

For those who don’t know, the Elementals are four elemental-powered extradimensional humanoids able to control fire, air, water, and earth. Kinda like Captain Planet.