Whatever your expectations were for a Will Ferrell and John C. Reilly comedy, temper them. I know, you loved them in Talladega Nights and in Step Brothers, you’re probably one of those hoping for a sequel to both. Don’t count on it happening, at least if Adam McKay isn’t involved. If the woefully unfunny Holmes & Watson assures us of anything, it’s that McKay’s recent success as a “serious” filmmaker is having a detrimental effect on Ferrell, who hasn’t been the same under other directors.

Holmes & Watson is a good idea that, sadly, writer/director Etan Cohen doesn’t have a clue what to do with.  There’s something clever in the premise, that the brilliant detective Sherlock Holmes is only brilliant because science of the time was so damned primitive.  He’s still a guy who does opium as if it’s candy, and has a partner in Dr. Watson who casually offers up cocaine like a stick of gum. Cohen, who worked with Ferrell on the awful prison comedy Get Hard, lobs one easy gag after another, practically begging for you to laugh at something. Ferrell didn’t get the hint the first time around??

There are a couple of bits that actually land, but you come away feeling bad about it each and every time. Holmes is charged with solving a series of murders, which everyone else believes are being committed by his nemesis, Moriarty (Ralph Fiennes, sleepwalking), but the legendary detective believes is actually an imposter. When the killer threatens to murder the Queen (Pam Ferris) in four days time, he and Watson bumble along trying to suss out clues to the culprit, while hopefully proving that Holmes isn’t an idiot who let Moriarty walk free.  Of course, he is an idiot, and the film takes every attempt to prove him so, whether it’s accidentally unleashing a swarm of killer bees (which Watson tries to shoot with a pistol) or braining the Queen with a giant 19th-century selfie stick, the comedy is broad and not at all flattering. But will you laugh when Watson and the American doctor Grace Hart (Rebecca Hall) perform an autopsy to the theme from Ghost? Probably. But the third or fourth anachronism joke and you’ll be hoping Holmes uses his magnifying glass to burn out your eyeballs. Under another director’s guidance, you may be able to delight in how intentionally stupid the movie is, but it requires judicious use of that stupidity, and Cohen just can’t help himself.
At every opportunity, Holmes & Watson takes the easiest, laziest route (vomit and urine jokes, please!), and it should go without saying it applies to the mystery itself. Not that anybody walks into this expecting a Sir Arthur Conan Doyle classic, or even an episode of Elementary, but all the bad jokes only solidify how little effort went into this. I get it; Cohen probably walked into Sony and told them he was going to point the camera and Ferrell and Reilly, stick a stupid hat on Ferrell’s head and a pipe in his mouth, and $$$$$$.  Maybe in 2005 he would’ve been right. Too bad he couldn’t channel some of Holmes’ vaunted powers of deduction and figure out that it’s 2018. Cohen clearly has some pull because he managed to convince a great cast to languish in this mess. Ferrell may be a lost cause (unless McKay hires him for a movie post haste), but Reilly, Hall, and Finnes should walk away with only minor bruising. Lauren Lapkus does what she can as doctor Hart’s assistant who has been raised by feral cats. She spends the entire movie licking herself and somehow makes it amusing. Hugh Laurie brings some of his haughty House-like arrogance to the role of Sherlock’s brother, Mycroft, and it made me wish the movie was about him, instead.

Reports of vast numbers of walkouts are probably exaggerated; the movie is only 90 minutes long and most people should have the stomach to stick it out for that long. In my screening there weren’t any walkouts, which is a good sign, I guess? The bad news is there were maybe seven people in there, so clearly the word of mouth about Holmes & Watson is spreading and the only mystery left to solve is what other movies should you spend your money on?
Rating: 2 out of 5 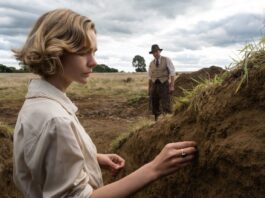 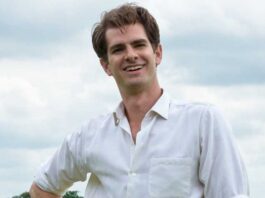 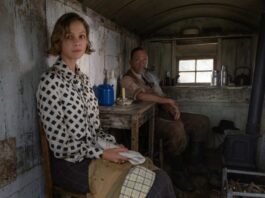