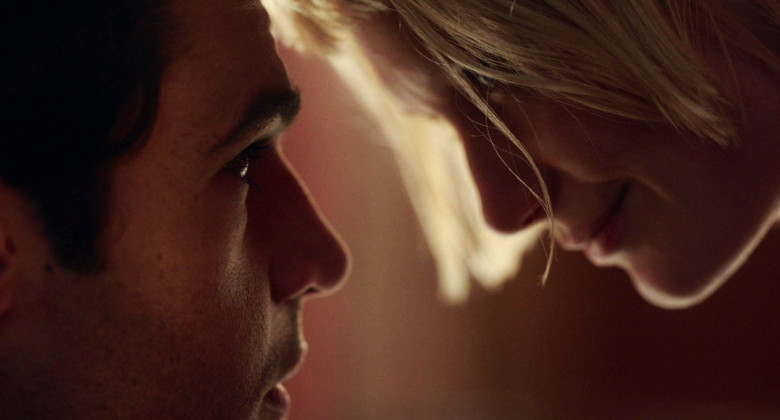 Of the many reasons to be excited for Nicolas Pesce’s thriller Piercing, here’s one that’s kinda flown under the radar. The screenplay was written by Ryu Murakami, the author of the book Audition, which Takashi Miike turned into one of the most revered J-horror movies ever. And like that story about a relationship that starts innocent (innocent enough, anyway) but grows violent over time, the central relationship in Piercing ends in a very different place from where it begins.

The latest red band trailer reveals more of the kinky erotic thriller, which stars Mia Wasikowska as a woman hired by a bored husband for a wild night of uninhibited sex. But the man’s intentions are decidedly darker than they appear, and little does he know the same goes for her. The film also stars Christopher Abbott, one of the most underrated actors going if you ask me, along with Wendell Pierce, Laia Costa, and Marin Ireland. Pesce is the director behind the moody horror The Eyes of My Mother, which turned heads at Sundance a couple of years ago.

Sundance Review: ‘The World To Come’

Sundance Review: ‘On The Count Of Three’