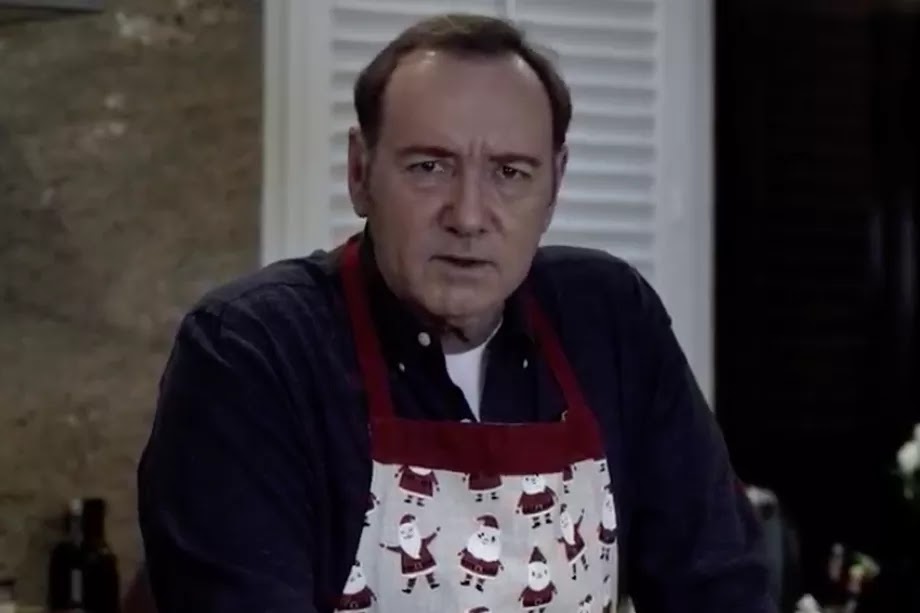 I tend to stay away from the outside lives of celebrities on this site, and that includes the litany of sexual assault charges that have swept through Hollywood over the last year. Honestly, who’s got the time for all that shit? Unless they directly impact a major film project best to leave that stuff for TMZ.

But this shit right here with Kevin Spacey is too bizarre to ignore.

Spacey has been officially charged with felony sexual assault by the Nantucket District Court and will be arraigned on January 7th. The actor, who has faced multiple charges in recent months and was booted from Ridley Scott’s All the Money in the World last year, is alleged to have committed indecent assault and battery of the teenage son of a Boston newsanchor. Honestly, you can read all about that shit here, because that’s not the crazy part.

Within minutes of the news going public, Spacey dropped this insane self-made video on Youtube, appearing to be in the voice of his character Frank Underwood from House of Cards. When all of these claims against Spacey emerged and his career was left in tatters, he was fired from the show with Robin Wright taking over as lead of the final season.

The video finds Spacey talking directly to us, like Frank Underwood often did, and refusing to apologize for past misdeeds, just as Underwood would have done. In fact, he seems to be reveling in them and our desire to see him do more bad things. He even claims that we want him back, sounding like Underwood wants to get back onto a show that has spun its final episode. Of course, he’s just launching a broad attack here, blurring fiction and reality by drawing connections to the accusations against himself and the crimes Underwood committed on the show.

It’s just…I don’t know…super desperate? There’s no publicist in the world who would have okayed this so I’m guessing Spacey came up with it himself, figuring he’s got nothing to lose. To be fair, he’s right about that. His career is toast, and there’s a reason why he doesn’t come right out and say he’s Frank Underwood here. That would just be another legal headache because Netflix would sue his ass into oblivion.

Watch for yourself and cringe.