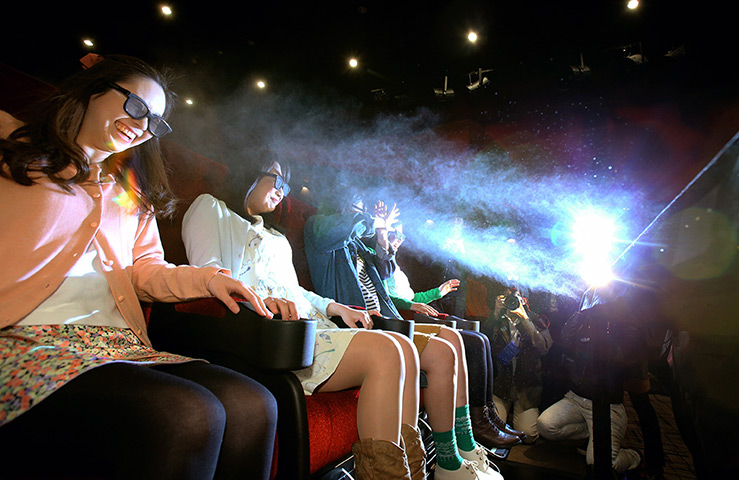 The next time you pay for some lowbrow comedy full of fart and vomit jokes, you may regret it. 4DX technology is coming to a theater near you, which means you’ll be able to feel and even smell the action on the screen like never before.

Sony has signed an exclusive deal with Korean distributor that created 4DX technology, with the plan to release 13 films using it in 2019. 4DX technology  “augments and enhances the experience of a film with 21 sensory effects, including seats that move and vibrate in tandem with the action on the screen, dynamic bursts of light and a range of other integrated elements, such as scents, wind, water, snow and more”, according to THR‘s report.


I get what Sony’s thinking here. Movie theaters are losing business by the bundle which means movie studios are, as well, and this is seen as a way of getting people to buy tickets again. I don’t know if having your seat shake underneath your ass is a way of doing that, but it’s an idea. Just be careful with your soda.  Seriously, does this mean we’ll smell the zombies of Zombieland 2? Will we feel the wind of Spider-Man swinging through Manhattan?  Of this list, I’m not sure how all of them could even use 4DX to the utmost.

This makes me wonder how much ticket prices will increase for the enhanced 4DX experience. Because if you’ve been to a 4DX movie you know it’s more expensive. Will it be worth it?  Personally, I don’t think so but the market could say otherwise. We could see this have an early boom like when 3D became prominent, but I doubt it would last.