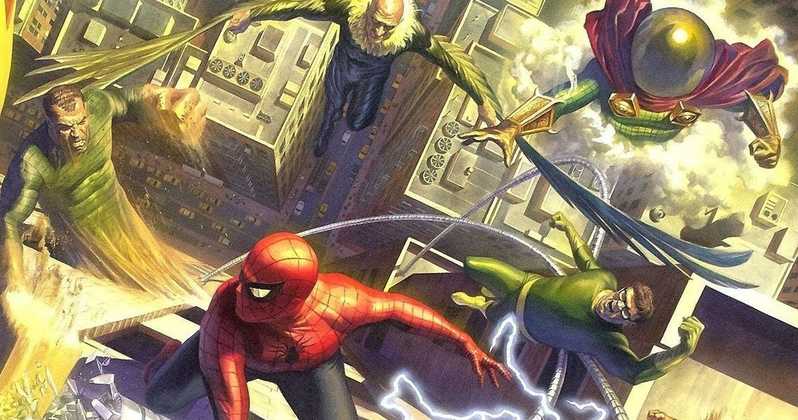 Ever since Sony’s revitalization of the Spider-Man universe, one thing has been clear to me: they’re just rehashing all of the same ideas they’ve had since The Amazing Spider-Man, which is why it was stupid to loan Spider-Man to Marvel Studios. They would’ve been perfectly fine just moving ahead and continuing on, but they got freaked out. Now as Venom is a massive hit, Into the Spider-Verse is one of the best-reviewed movies of the year, and plans for female-Spidey spinoffs take shape, it’s more clear than ever.  I was just waiting for somebody to say Drew Goddar’s Sinister Six movie was still happening, and well, here comes producer Amy Pascal.

In Pascal’s extensive chat with Vanity Fair, she confirmed that Goddard’s Spidey-villain flick is still very much in the works and may indeed happen. It all depends on Goddard’s schedule opening up…
“I’m just waiting for Drew to be ready to direct it. I would do anything with Drew Goddard. I’m just waiting for him to tell me he wants to.”
Well, if it’s up to Goddard then we can count on it becoming a reality. As recently as October he was still expressing a desire to direct Sinister Six. It’s only a matter of time until it happens.
The Sinister Six is basically a revolving crew of Spider-Man’s worst foes, including Kraven the Hunter who we know Sony wants to make a solo movie for. The original plan was for Sinister Six and Venom to be released before Sony’s canceled Amazing Spider-Man 4, but since there was no Amazing Spider-Man 3, they never happened. However, the timeframe would have ended up being…oh, right about now.  Told you, Sony isn’t doing anything new here. I’m just happy they’re finally bringing all of these great ideas to fruition.