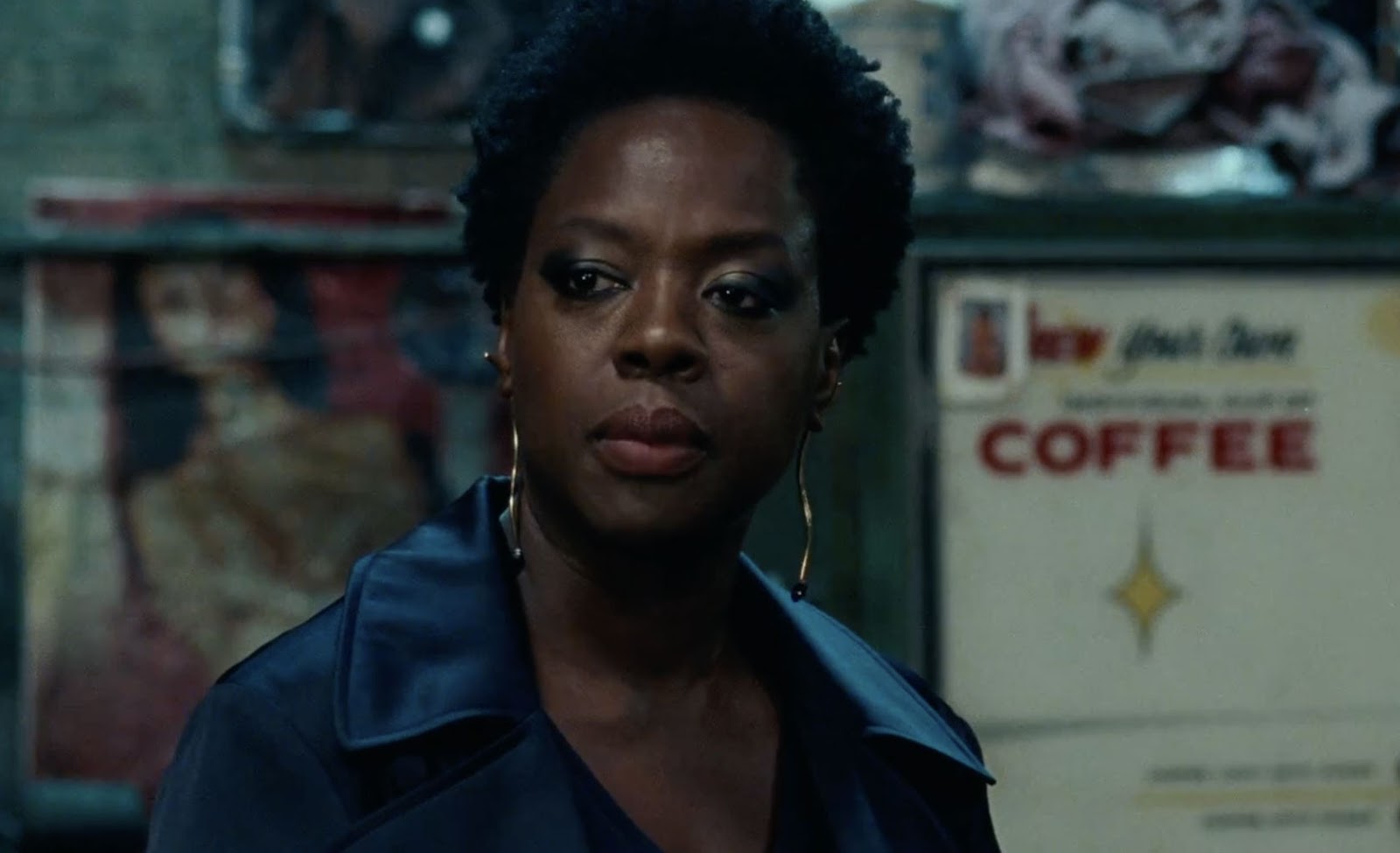 *NOTE: This is a reprint of my review from the Middleburg Film Festival. *


It feels especially timely the arrival of Steve McQueen’s Widows, a breakneck heist thriller about a crew of badass women fighting back against the corrupt, male-dominated political elite.  The film marks the director’s return to the big screen after his Best Picture-winning 12 Years A Slave, and shows that he’s more than capable at big studio movie-making with a contemporary message and arthouse sensibilities. This is female empowerment but not in a corny or condescending way. The ladies at the heart of this story were capable long before they had to clean up after the men in their lives.

Based on the Brit miniseries and adapted by McQueen and Gone Girl author Gillian Flynn, Widows doesn’t mess around. The director’s artistic background immediately comes into focus, hard cuts between an intimate moment shared between Veronica Rawlins (Viola Davis, fiercer than ever) and her husband, Harry (Liam Neeson), and an explosive gun battle during a heist gone south. Within moments, literally before the credits have finished, Harry would be dead and the same for everyone in his crew. Love and violence, domesticity and criminality, all co-mingle as we’re introduced to Linda (Michelle Rodriguez) and Alice (Elizabeth Debicki), whose husbands were also killed on that final job.

Hell comes to their doorstep, or more accurately to Veronica’s, when she’s paid a visit by thuggish wannabe politician Jamal Manning (Brian Tyree Henry), who says Harry stole $2M from him and it all went crispy in the firefight. Now, alongside his terrifying brother (Daniel Kaluuya) he plans to take that money back from her and whoever else is left alive. Veronica does the only thing she can think to do, which is reach out to Linda and Alice, women she doesn’t know and has never met, to recruit them to complete what would’ve been Harry’s next job. With that money they can pay off Jamal, and have enough left over to move on from the shit their husbands left behind.

Glynn’s screenplay is full of twists and unusual detours. Colin Farrell, the city candidate for alderman, and Robert DuVall as his father and current alderman share a memorable, hilarious, but ultimately pointless exchange about politics that crosses over into an art critique. You admire the bit for being funny, but it’s also just a momentary respite from the usual box-checking that comes with heist movies. They’re here, too: the buying of weapons and getaway vehicles, staking out the target, etc. But where Widows separates itself is in McQueen’s surprising visuals and some downright ingenious, informative camerawork. In one particularly brilliant sequence, we follow Farrell’s upstart politico from a contentious rally in a poor part of town, into a waiting car with his wife, and listen in on their heated conversation from outside the car. Along the way we hear but don’t see the rhetoric ratchet up, but our eyes are always drawn to the neighborhood, watching it shift from the poor ghettos to a much wealthier side of town.

Those moments of technical excellence are met by a firebrand performance by Davis, who as Veronica is forced to adapt to this world of bloodshed and violence. But whether it be out of desperation or pride, she’s all in and so are we for the ride. Flynn’s muscular screenplay pulls no punches, death comes quickly, brutally, and out of nowhere sometimes, but so too are occasional moments of tenderness and understanding. In particular, the relationship between Veronica and Alice, the latter initially coming off like a spoiled brat, evolves in a way that is beautiful, leading to a wonderful payoff in the final act.  Like many heist films there is bloat in the story’s middle, and we get the sense Flynn is filling time before the crime is pulled off. In particular with Rodriguez’s character there is some aimlessness, and the same goes for the introduction of Tony Award winner Cynthia Erivo as the team’s final member. She comes in almost as an afterthought. The details of Veronica and Harry’s life together prove pivotal, and the manner which a death in their family is seen adds an extra layer of relevance, touching on the subject of police violence.

Widows is a rare bird, indeed; a thriller of blockbuster scope with the artistry of a prestige drama.  McQueen and Flynn have pumped high emotional stakes into the heist genre and delivered a powerful film for women about picking up and finding the strength to fight on after tragedy.