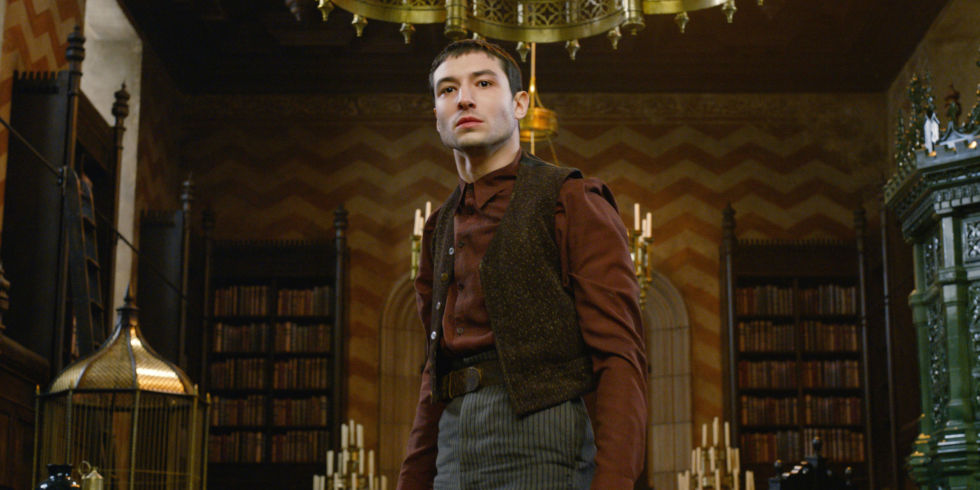 Going into Fantastic Beasts: The Crimes of Grindelwald, it was clear that J.K. Rowling had a number of secrets she planned to reveal. There were too many left dangling at the end of the first film for there not to be, and to some degree, we all had to know that Ezra Miller’s character, the destructive orphan mage Credence Barebone would be at the center of it. In the first film he was basically a force of nature, an Obscurial powered by rage and fear. But that wasn’t enough to prepare us for the shocking twist at the end of this latest film, which has left fans of Rowling’s Wizarding World crying foul.

The big shock at the end finds Credence, who has joined the side of the evil Grindelwald, learning that he is actually the previously-unknown Aurelius Dumbledore, the younger brother to Albus, played by a roguish Jude Law.

Um, it makes no sense.

Seriously, I did a double-take like a damn cartoon character when it happened. And I’m a relatively casual fan of the Potterverse and it felt like some half-baked nonsense. To the hyper-committed devotees of all-things Rowling, it has led to the expected amount of Internet outrage. Even Miller doesn’t quite know what to make of it, telling IndieWire…

“I guess the point of this film is probably don’t take anything that metaphorical Grindelwald says as gospel in general,” Miller said. “But do we bring that forward, then apply it to the information he gives the Obscurial at the end of the film? Well, I don’t know, honestly. Maybe not.”


Given that Rowling wrote the screenplay, and she knows this universe better than anyone, obviously, she must have some idea of where she’s going with this. She must also have some idea of where it’s all coming from. I’m currently reading through the Potter books now, and questions about Dumbledore being forthright with information about himself persist throughout. It’s always possible this is one of those things he chose to keep quiet, for whatever his reasons may be.  On the other hand, the complicated jumble of subplots that lead to the Credence/Dumbledore revelation, plus the fact it comes from the unreliable Grindelwald, make the whole thing very dubious indeed.

While Miller has doubts, he does believe some precedent exists for Credence’s new place in the Dumbledore clan…

“I think that, on the one hand, from a ‘Harry Potter’ canon perspective, there are reasons why Grindelwald would definitely know something like that, given his connection to Albus and that family,” Miller said. “And we know he had this history that involved Aberforth and Ariana. So it’s not impossible that there’s validity and truth to it.”

He would then add,  “Is it impossible that Grindelwald is lying? Obviously also, no, it’s not impossible.”


So what do you make of it? I don’t know how in the world there can be another Dumbledore who is so much younger than Albus, but maybe those of you more familiar with the timelines can explain it to me.

Fantastic Beasts: The Crimes of Grindelwald is in theaters now. Sound off in the comments!