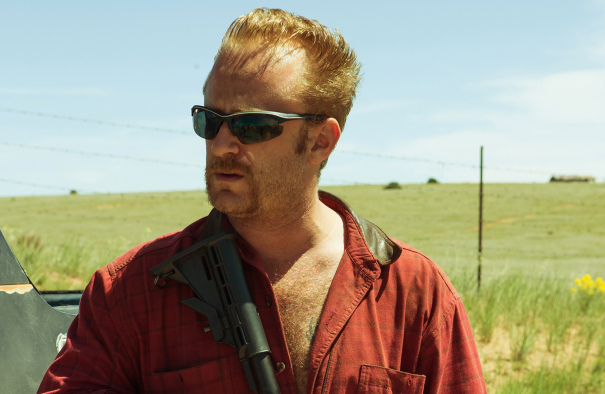 With his performance in Debra Granik’s Leave No Trace still earning rave reviews and even a Gotham Award nomination, Ben Foster is lining up his next film and it’s a bit of a surprise. The versatile actor will put on the gloves for boxing biopic Harry Haft, to be directed by Barry Levinson.

Foster will step into the ring as Harry Haft, and his story is pretty incredible. In 1941 Haft was captured by the Nazis and sent to Auschwitz, where he was trained as a boxer and forced to fight other prisoners to the death. In 1945 he escaped a death march by killing a German soldier and donning his uniform. Eventually he made his way to the United States where he began a career as a heavyweight prizefighter. In his final fight Haft faced the legendary Rocky Marciano.

The script by Justine Juel Gillmer is adapted from Alan Scott Haft’s novel, and found its way onto the Black List. Levinson is a screen veteran who recently directed Al Pacino in HBO’s Paterno. His last big screen film was 2015’s Rock the Kasbah with Bill Murray.  It’s another potential prestige drama for Foster as boxing movies continue to make a comeback. Under normal circumstances I’d think he needed to pack on pounds of muscle to play a heavyweight fighter but Haft was only about 180lbs at his heaviest. Knowing the way Foster gets into the shoes of every character he plays there might be some wild stories about his training regiment.