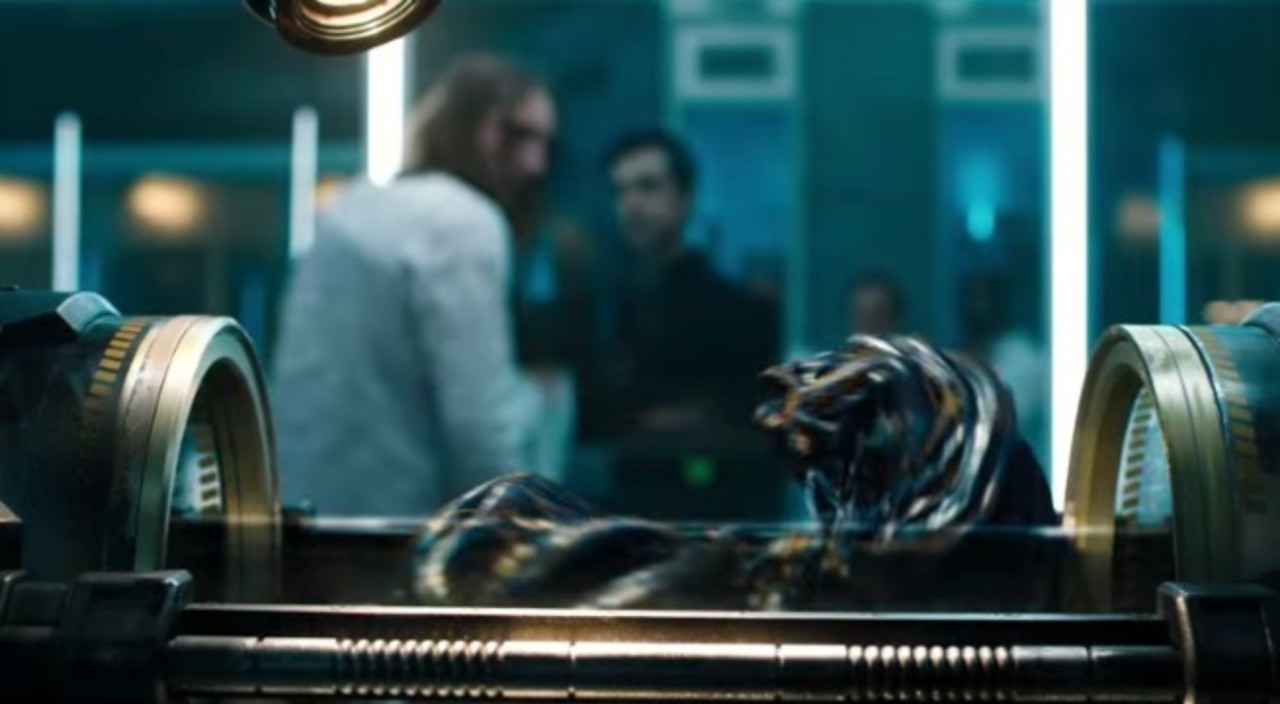 Sony’s hit Venom movie very nearly had a totally different opening sequence and origin for the alien symbiote. The film opened with a space shuttle for the Life Foundation crash-landing to Earth after a mission in space, carrying one of the alien symbiotes in a canister. When a cleanup crew comes to claim the canister, they find that one of the astronauts is already infected by a symbiote, which then leaps from him to another host before escaping.

In an interview with CinemaBlend, director Ruben Fleischer reveals the alternate opening that would have taken us all the way to a distant symbiote planet, and would have gone into greater detail about what they are…

“The beginning of the movie was a hard one. Like, how much do we want to tell the backstory? There was a version where there was a planet crawling with tons of symbiotes that were collected and taken back to Earth by the Life Foundation. They had encountered them. But it kind of felt like, my instinct was it would be better to keep it more mysterious and just know that they’ve retrieved something from space. We don’t know exactly by what means or how. Jenny [Slate]’s character later says they encountered it on a comet that was passing, and they retrieved these samples and brought it back to Earth. But yeah, I thought it was better just leave it a little bit mysterious, the backstory of the aliens.”

To be honest, I missed the opening few minutes at our screening and had to catch up with it later. When I did it didn’t seem like I had missed all that much. The introductory sequence worked at keeping the symbiote mysterious, but it didn’t really stand out as crucial to the story. I think it was probably the best way to go for long-term story planning (and for keeping the budget down) and going to an actual symbiote world would have cut off a potentially cool future storyline.