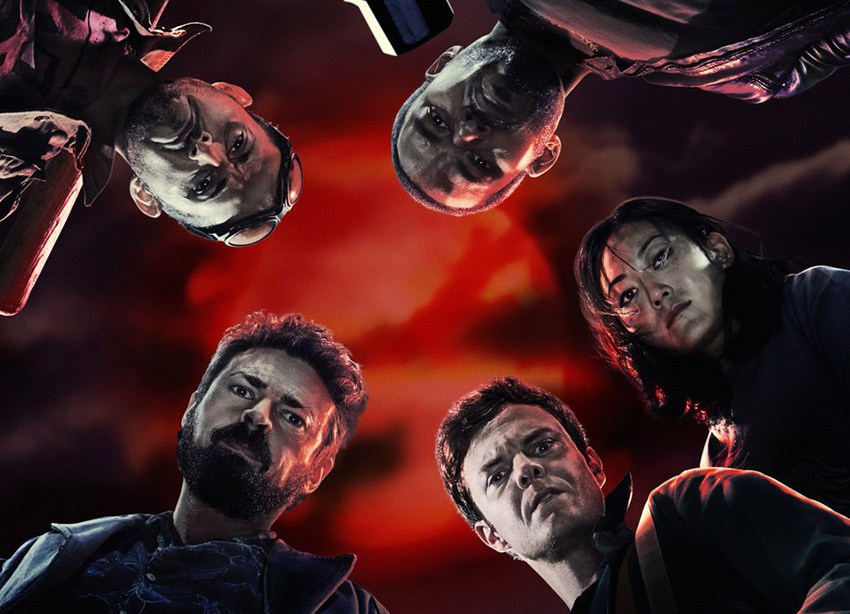 I’ll admit, my interest in Vertigo Comics adaptation The Boys has waned from the days when it was being considered for a feature-length movie. Now an Amazon series with Seth Rogen and Evan Goldberg as exec-producers, their second time adapting a popular Garth Ennis comic book following the success of AMC’s Preacher, it took up a prominent slot at this weekend’s New York Comic-Con where the show debuted the first trailer. If you know anything about Ennis and the way he likes to subert genre and themes, then you’ll recognize his sense of humor immediately.

The Boys takes place in a world where superheroes are mostly accepted and seen as corporate-owned celebrities. In reality they are screwed up and corrupt, believing their powers put them above the law. That’s where The Boys come in, a super-powered vigilante group charged with keeping other supers in check.

Karl Urban stars as The Boys’ team leader, Billy the Butcher; Laz Alonso as Mother’s Milk, Jack Quaid as Wee Hughie, Karen Fukuhara as The Female, Tomer Kapon as Frenchie, Erin Moriarty as Starlight, and Elisabeth Shue as Madelyn Stillwell. The surprise casting revealed at NYCC was Simon Pegg as Wee Hughie’s father. Fans will remember that Wee Hughie’s design was based on Pegg, and it was long hoped that he would some day play the role. I guess this is as close as it will ever forget. Pretty cool.

The Boys hits Amazon next year.