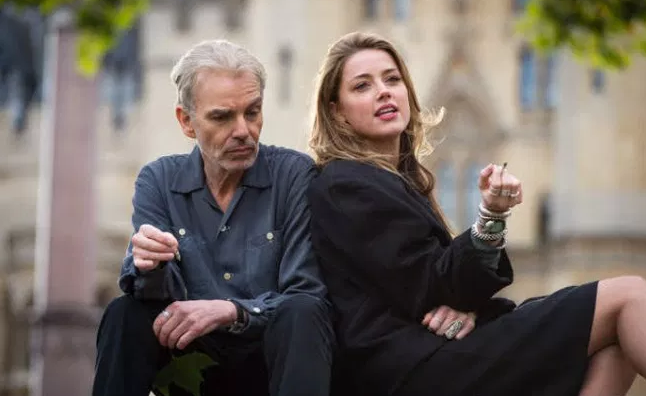 London Fields tells
the story of author Samson Young (Billy Bob Thornton) attempting to write a new
book, which leads him to London in an effort to spark an idea and cure his
writers block. Young has swapped apartments with successful British author Mark
Aspery (Jason Isaacs) through what is essentially a writer’s exchange program.
Almost immediately, Young stumbles upon Nicola Six (Amber Heard) – a beautiful
and seductive femme fatale who has premonitions of her own death. Nicola is in
the midst of manipulating multiple men, most notably Keith Talent (Jim
Sturgess) and Guy Clinch (Theo James). 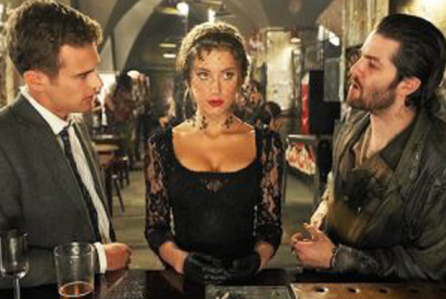 Keith and Guy are polar opposites.  Guy is a straight-laced pretty boy, while Keith
is a tattooed and seedy fellow that has a pension for bar fights and mooning
large groups of people. Regardless of how different Guy and Keith may be,
Nicola still is able to have each of them wrapped around her finger. Samson
quickly realizes that Nicola is unique and would be a perfect centerpiece for
his novel – not to mention she lives directly above him, and convenience is
key. Samson begins to dive into Nicola’s life, trying to dissect the men in her
life and find her future killer. As he becomes closer and closer to Nicola, he begins
to get drawn into her seduction and the lines between his novel and the real
world become blurred.

London Fields has
some interesting cinematographic elements that highlight the classic film
noir feel that it is going for. We have Samson narrating the film, speaking
directly to the audience with a dry and quiet demeanor. There is old timey
music throughout, certain shots in slow motion and unique camera angles and close ups.
Director Matthew Cullen has made some great choices, including splitting the
film up into chapters of Samson’s novel. I liked the look and feel of the film,
unfortunately much more than the substance. London Fields falls apart quickly and becomes a jumbled mess. A
promising idea, and popular source material (the Martin Amis novel of the same
name), are not executed well and end up falling flat. Don’t worry though, we
get a silly Johnny Depp cameo as Chick Purchase, a mobster/dart player who is
as ridiculous as the name Chick Purchase. London
Fields might be worth checking out…and I’m talking about checking out the
book from the library – the film isn’t worth anything more than a rainy
afternoon Netflix watch when you are tired of binge watching The Office for the 12th time…and it might not even be worth that.
Rating: 1.5 out of 5