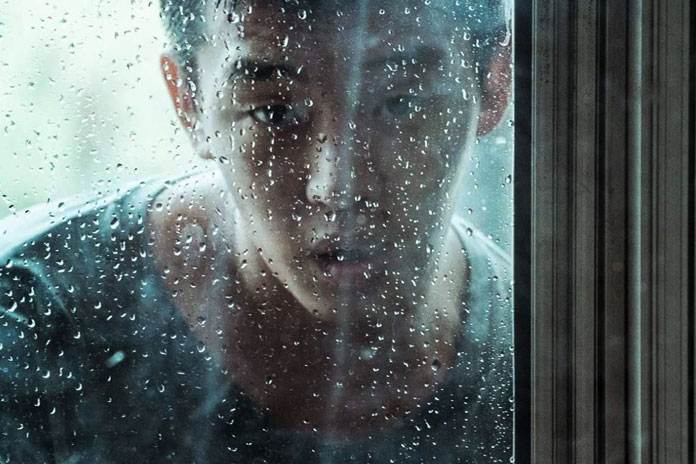 On the surface, so much of Lee Chang-dong’s Palme d’Or contender Burning is very simple. A boy of modest means and grand aspirations meets a girl. They make love. She leaves on vacation and comes home with another guy on her arm. The awkwardness you’d expect to follow isn’t at all what you get; rather a deep, complex, and soulful character study about class, jealousy, and violence.

Based on Haruki Murakami’s short story (itself an homage to William Faulkner’s Barn Burning), Burning is a quiet, contemplative film that wields its deliberate pace like a surgeon’s scalpel. The deafening silence between characters is full of bottled up secrets, pent-up rages and judgments. You keep waiting for something to explode, yet Chang-dong turns up the heat only degree by excruciating degree.  At the center of this story is Jong-su (Yoo Ah-in), a writer, or so he claims to be, but really he squeaks by doing odd jobs to stay afloat. His mediocre life gets a ray of sunshine when he has a chance encounter with Hae-mi (Jeon Jong-seo), a childhood friend from his neighborhood right on the border between North and South Korea, so close North Korean propaganda can be heard blaring over the loudspeakers.

Something feels off, and it’s a sensation that permeates throughout Burning. Jong-su and Hae-mi hit it off. They become fast friends again and even make love, but something isn’t quite right. Did he really rescue her from a well when they were children? Why didn’t he recognize her at all when they first met? And where is the kitten she’s asked him to care for while away on vacation to Africa? Does it even really exist? Up to this point, Chang-dong is content to let us view these minor discrepancies and character quirks with detached bemusement. It might mean nothing at all. Jong-su is the model of docility but he’s imaginative; could be his fantasies have gotten away from him. On the other hand, Hae-mi is extroverted and chatty, and whether she’s reliable isn’t really something Jong-su wants to explore.

There’s an ominous undercurrent that arrives when Hae-mi returns from her trip, accompanied by the wealthy, handsome, arrogant Ben (The Walking Dead‘s Steven Yeun). A bizarre friendship/love triangle emerges between them, one powered mostly by resentment. Conversations between the three of them expose their differences. Hae-mi tries to make her life sound more exciting in an effort to please Ben and his stuck-up friends, while he seems to view her as a pet more than a girlfriend. Jongsu, meanwhile, eyes Ben with quiet disdain, while also coveting the confidence his wealth affords him. Very little of this is expressed verbally. We catch a glimpse of Ben with a look towards Hae-mi that is…maybe it’s menace? Maybe it’s desire?  Ben admits to something illegal; every couple of months he burns a random greenhouse, and soon it’ll be time to do it again. Was he being literal? Or was it a euphemism for something even more sinister? So much about Ben remains a mystery, and Yeun’s performance is key.  His Ben is a big personality with the ability to be whatever the person he’s speaking to needs in that moment, a powerful quality easily used for good or ill.

The ambiguity only serves to ratchet up the tension more, until finally, a true mystery emerges. But rather than descending into common thriller tropes we’d expect from a Hollywood studio film, Burning‘s ambivalence only escalates to another level.  It’s the slowest of slow burns but patience is rewarded with a striking, powerful finale to a film that will smolder in the mind long after it’s over.