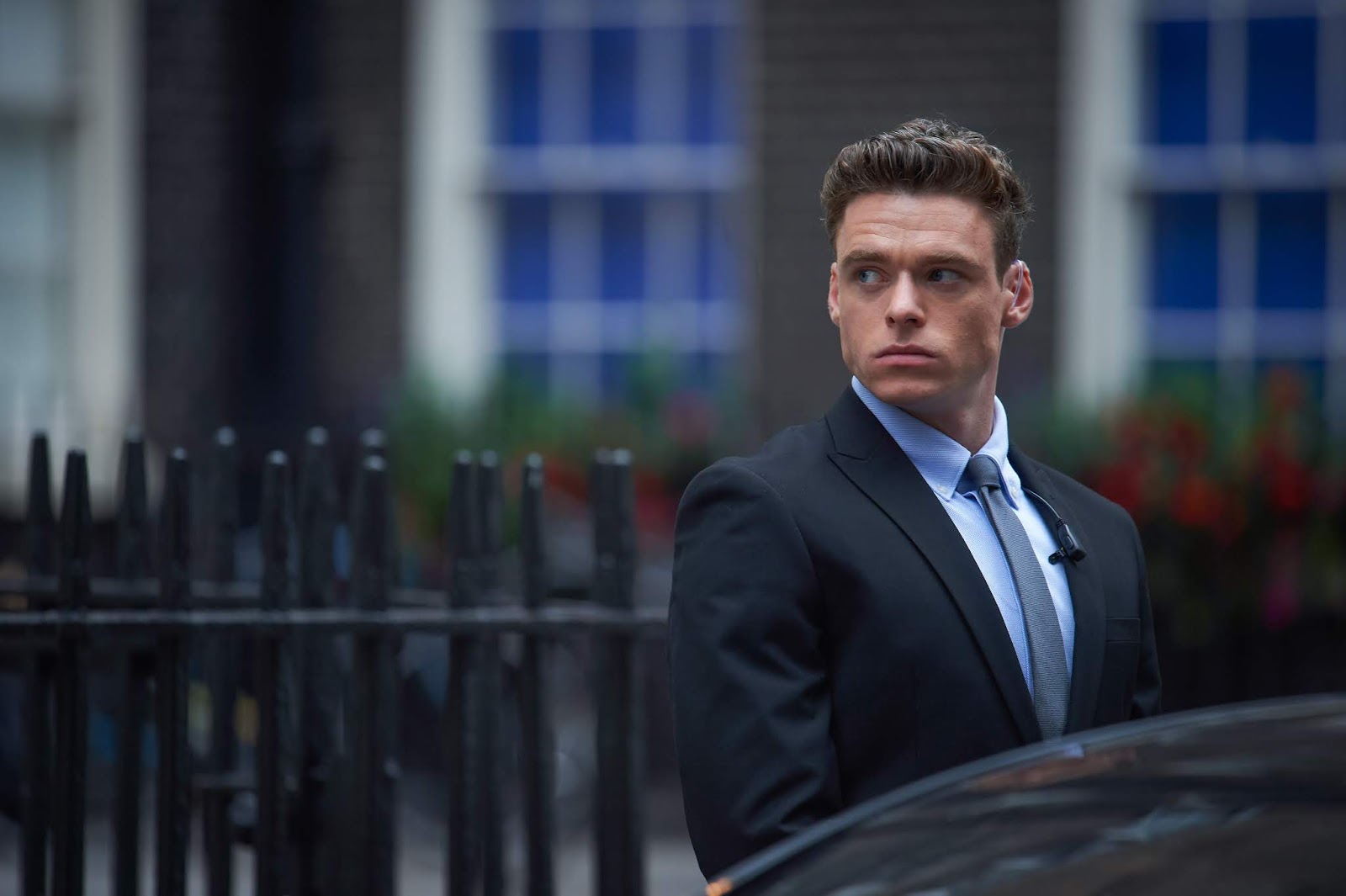 This timing can’t be a coincidence, can it? With Richard Madden’s name on everybody’s mind thanks to rumors he might be the next James Bond, suddenly there arrives a new trailer for his upcoming Netflix series, Bodyguard. I don’t believe in coincidences, so somebody in the Netflix marketing department is on the freakin’ ball.

Not a remake of the Kevin Costner/Whitney Houston flick your mom loved in the ’80s, this Bodyguard stars Madden as David Budd, an ex-soldier and former police officer hired to protect the Home Secretary (Keeley Hawes) whose politics he opposes. The six-episode series has already aired in the U.K, and Madden has received some pretty good notices for it. This is his latest foray into the streaming service after playing the sexy DJ chased around by Gillian Anderson in Ibiza.