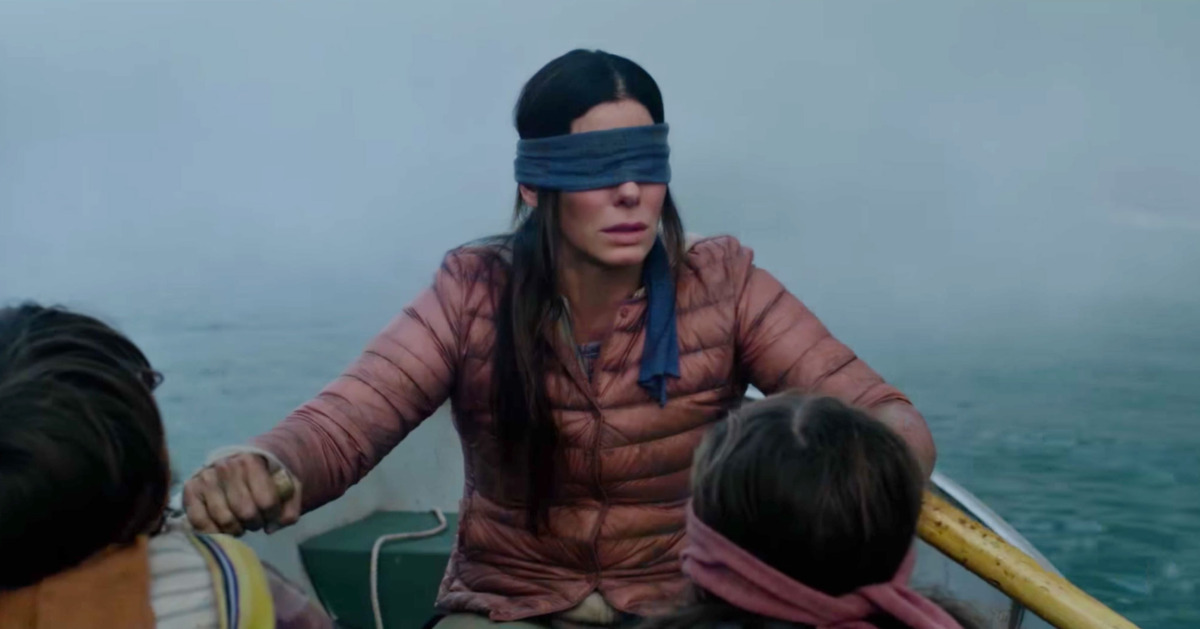 John Krasinski’s A Quiet Place made deafness creepy as Hell, all the way to record-shattering box office early this year. Could Susanne Bier’s Bird Box do the same for blindness, while carrying Sandra Bullock and Netflix all the way to the Academy Awards? The adaptation of Josh Malerman’s post-apocalyptic novel finds Bullock  blindfolded for most of the film, as she must navigate a perilous journey without the use of her sight due to a mysterious force that drives people mad with just a glimpse.

Here’s the official synopsis: When a mysterious force decimates the world’s population, only one thing is certain: if you see it, you take your life.  Facing the unknown, Malorie finds love, hope and a new beginning only for it to unravel. Now she must flee with her two children down a treacherous river to the one place left that may offer sanctuary. But to survive, they’ll have to undertake the perilous two-day journey blindfolded.


The trailer covers a lot of ground, as we see Bullock’s character Malorie before, during, and after the force has destroyed everything.  Bullock is joined in the cast by Trevante Rhodes, Sarah Paulson, Jacki Weaver, Rosa Salazar, Danielle Macdonald, Lil Rel Howery, Tom Hollander, Colson Baker, BD Wong, and John Malkovich, which is about as good as it gets.  And Bier is no slouch, either. She won an Academy Award in 2010 for In a Better World, and has directed other high profile films such as After the Wedding, Serena, and most recently won an Emmy for miniseries The Night Manager. On script duties is Eric Heisserer, who wrote the terrific script for Arrival.