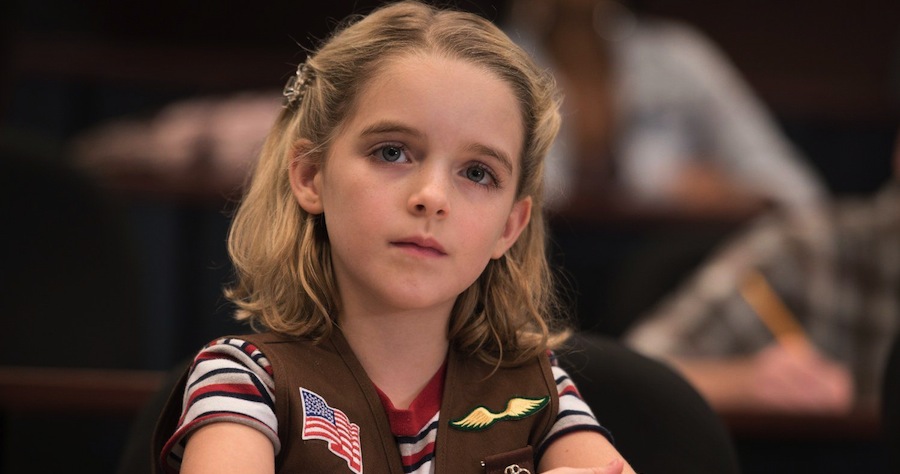 Who needs The Conjuring 3 when it sounds like the upcoming Annabelle sequel will suffice? Annabelle 3 is in the works with It: Chapter Two and The Nun screenwriter Gary Dauberman making his directorial debut, and at Comic-Con’s ScareDiego event he said of the killer doll flick…

‘It really picks up with the Warrens bringing Annabelle to the place where it can really no longer wreak havoc, which is their artifact room. But, of course, it turns out she can also wreak havoc there.”

Producer James Wan chimed in with,“It’s basically Night At The Museum with Annabelle!”


Well now we know it’ll be Captain Marvel and Gifted star McKenna Grace playing Judy, the 10-year-old daughter to ghost hunters Ed and Lorraine Warren. The story will also follow the experiences of Judy’s two teenage babysitters, so maybe we won’t actually see Conjuring stars Vera Farmiga and Patrick Wilson in this one?  They aren’t confirmed to appear just yet, and may be held over until a traditional Conjuring sequel instead.

Grace has been everywhere lately. Besides the films previously mentioned she had a small role in I, Tonya, and can be seen in Netflix’s The Haunting of Hill House, and the recent Lifetime remake of The Bad Seed. She also has a recurring role on Young Sheldon.