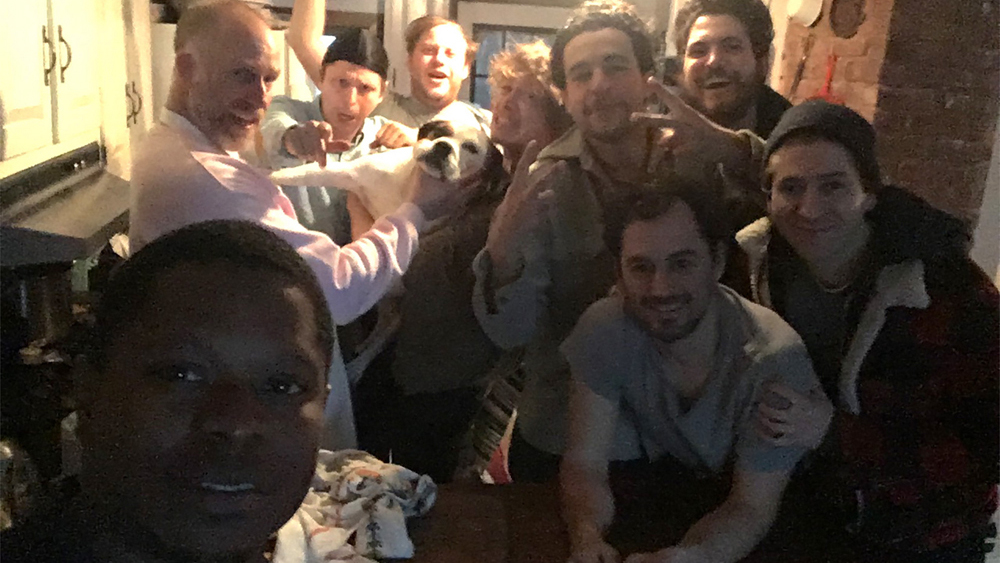 Billed at Sundance as this year’s Get Out, the latest film from Sebastian Silva (Nasty Baby, Crystal Fairy) definitely tackles black-white relationships from an interesting angle, much like Jordan Peele’s breakout horror. Tyrel stars Straight Outta Compton‘s Jason Mitchell in what amounts to his first true lead role, and while I had my share of issues with the film, and the easy comparisons to Get Out, his performance as black man backed into a cultural corner is one not to be missed.

Despite the film’s title, Mitchell’s character is actually named Tyler, one of the many little indignities he faces throughout the story. Tyler is a black man who goes to a getaway party in the Catskills with his best friend (Christopher Abbott), only to find that every single person there is white. When alcohol, fear, and toxic masculinity start coming into play, it makes for a situation that Tyler may need to fight to escape from.

I saw Tyrel at Sundance and didn’t have time to review it, but found it to be a nerve-racking look at the alienation a lot of black people feel, even when they are among friends of a different race. Unfortunately, like far too many of Silva’s films, Tyrel never culminates into anything meaningful, and just limps to an unsatisfying conclusion.