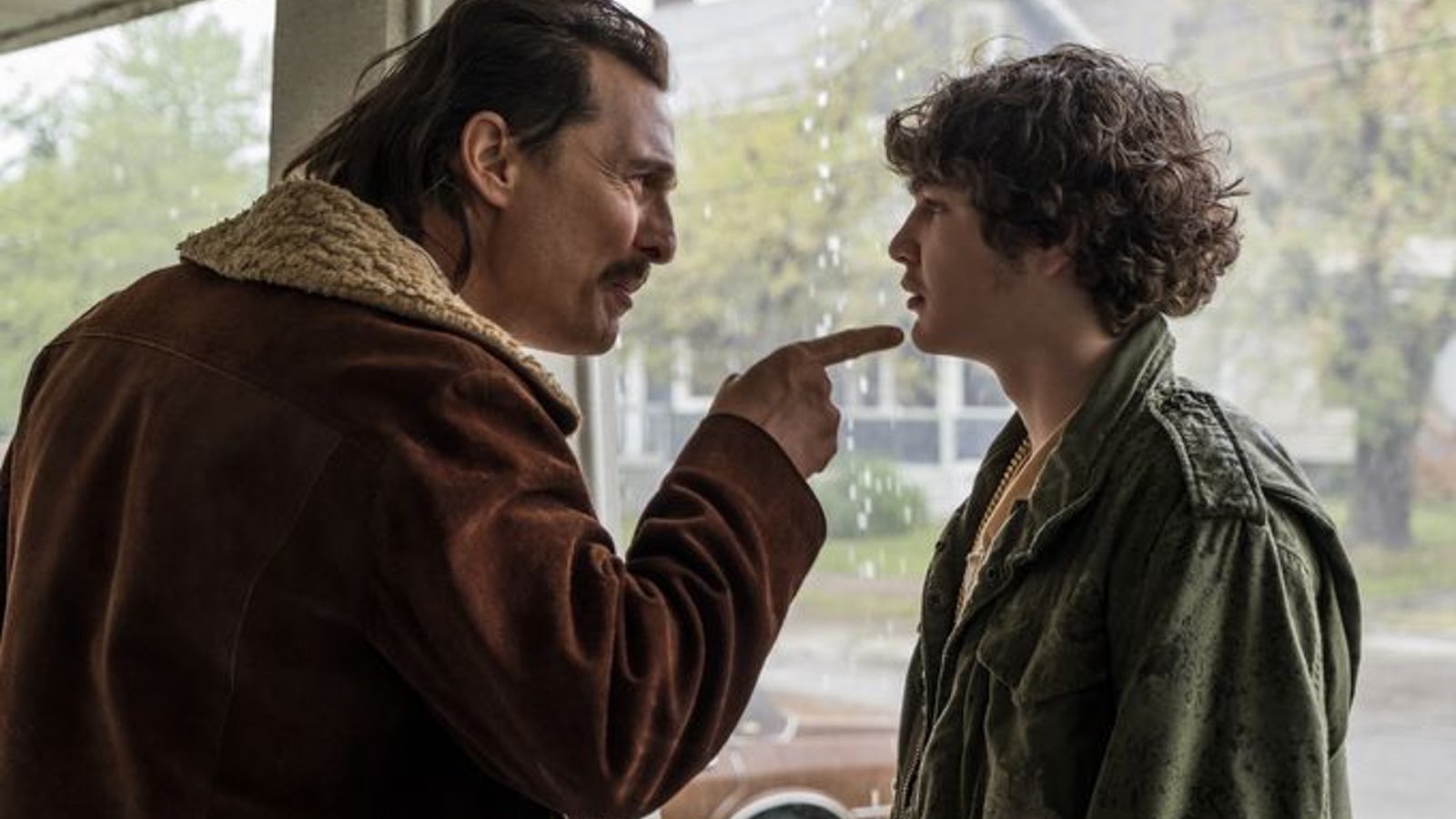 The story of Richard Wershe Jr., known on the street at “White Boy Rick,” was a well-known cautionary tale that many in Detroit are somewhat familiar with.  Coming from a lower-middle class white family in the almost predominantly black Detroit scene of the 1980s, he quickly fit in with his peers in his neighborhood.  Through unfortunate circumstances, he ended up becoming an FBI informant at the tender age of 14.  While trying to stay under the radar as a snitch, he had to step up and become a drug dealer himself while helping the feds.  After helping the FBI, he still was poor and continued his street activities and eventually found himself arrested and serving life under the harsh draconian laws of the time by the age of 17.  While he finally was paroled some 30 years later, he served as a significant reminder of this country’s harsh laws, as well as a warning to many the consequences of working with the cops, as they ultimately will not have your back in the long run.

Wershe’s story almost feels like a gritty Hollywood movie and his entire life while being an informant feels right out of Goodfellas.  So it’s no surprise that this story would end up on the big screen in White Boy Rick.  Director Yann Demange (known mainly for directing British TV shows like Dead Set and Top Boy and the critically acclaimed IRA drama ’71) takes a stab at 1980s urban America for the feature film.  Rounding up an impressive cast, which includes Matthew McConaughey, Jennifer Jason Leigh, Brian Tyree Henry, Rory Cochrane, and newcomer Richie Merritt (his first acting role at the titular character), this seems like lightning in a bottle.  A gritty urban drama from not too long ago, that has an almost noir feel, with a very likable antihero as we follow him and his family as they go through the trials and tribulations of the 1980s crack epidemic. 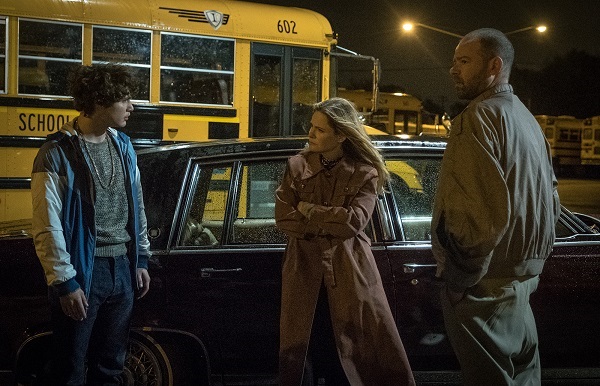 Rick lives with his father Rick Sr, who makes his living by going to gun shows to purchase weapons and reselling them to… whoever is willing to buy them.  Whether that be young suburbanites wanting protection from abusive boyfriends, or criminals who need some “fries with that burger.”  With dreams of opening a chain of VCR stores (yeap the 1980s), Rick and his father seem to have found a semi-legal hustle that can help them achieve their goals.  In addition to the father/son duo is Rick’s sister Dawn (Bel Powley), who after their mother left became involved with an abusive boyfriend and eventually hooked on drugs as well as Rick’s grandparents Ray and Vera (the always great Bruce Dern and Piper Laurie).  Rick and his father try to remain under the radar, they eventually catch the eyes of two FBI agents (Jennifer Jason Leigh and Rory Cochrane).  While they first try to lure in the elder Rick, they find it’s easier to work on the younger one under the promise that his father will go to jail if he doesn’t play ball as an informant.

Realizing he’s gotta be a snitch (and not one that will get caught), the FBI enlists local Detroit police officer (Brian Tyree Henry) in their investigation and the three begin to work Rick.  Needing him to be above board with his local friends (all drug dealers under a local boss), Rick has to start buying and selling drugs.  The buying’s not so bad as Rick knows the players and how things work in the neighborhood.  It’s when Rick has to get in deeper, he has to start working on his own and he starts Nino Browning things himself.  Rick is forced to toe the line as he’s getting in deep with both the cops as well as the gangsters.  At the same time, he’s now enjoying the high life and everything that comes with it.  He now can wear the big fur coats, as well as rock some serious jewelry as his profile continues to rise.  What more could an unemployed 14-year-old ask for?  Of course, the deeper he gets in on the criminal side, the more he realizes that it’s going to be problematic as his bosses are prone to not only beating people with champagne bottles, but shooting up houses.  The case is eventually built and Rick is able to get out, almost unscathed. 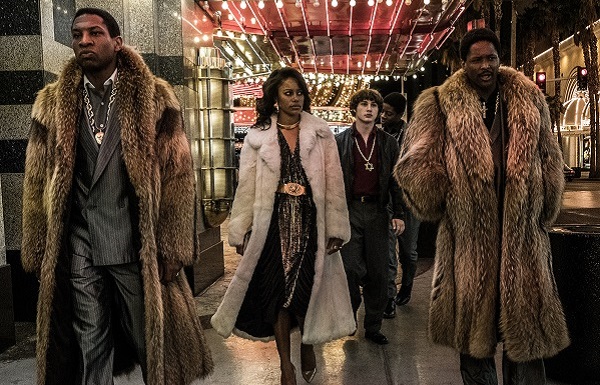 Unfortunately, he’s still poor and needs to do something to maintain his lifestyle and help his family.  He’s got the connections, why not continue the drug game?  This is where he creates his own undoing.  Those same Feds that wanted to team up with him before, aren’t just going to give him a get out of jail free card (even though they did before) now that they don’t need him.  As a result, his unfortunate fall comes just as fast as his rise.

The film does a great job at capturing the 1980s very well.  Music-wise, White Boy Rick is exceptional.  Everything from urban disco for when they are at skate parties with his fellow drug dealers, and the late 1980’s hip-hop including Run DMC and Eric B and Rakim as Rick starts to rise to kingpin status.  Matthew McConaughey does a great job as Rick Sr., a down on his luck father who just never got that big break and give a great and honest performance.  For his first starring role, Richie Merritt gives a great performance as Rick.  However, it’s a little hard to believe he’s 14 in the movie, but that’s small nitpicking as he still gives a great performance. 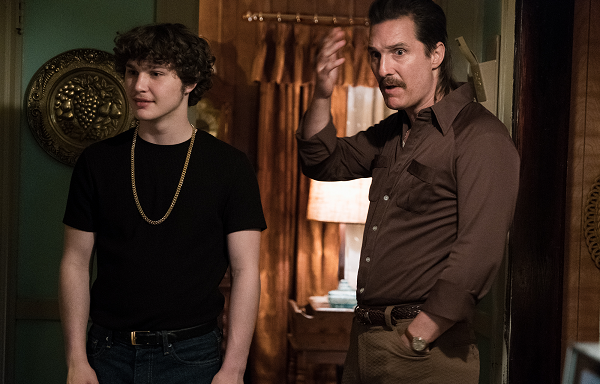 However, there are many things that don’t work 100% well in this film.  First off, the movie basically starts in the second act, which causes problems with pacing and script for the movie.  We really aren’t introduced to the characters in a meaningful way and spend most of the movie trying to play catch up to learn about their backstory and motivations, which is usually done via exposition.  For example, the FBI just “start” tailing Rick Sr, and we really don’t learn much about their case and how it was shaped up.  The local police officer who joins the FBI also comes out of nowhere as well.  It feels as though there are chunks of information that were either edited out of the film, or the writers/director just didn’t feel was necessary to include.  Also, the structure of the film tries to juggle various moments and doesn’t coherently go from one storyline to the next.  At first, we are watching Rick and his father in the gunrunning business, and then they get swept up in the drug dealing business with almost no transition whatsoever.  The FBI closing in on Rick’s boss is done very abrupt and instead of showing how they figured out everything and arrested the key players, it’s done via exposition by the Feds overlaid with footage of the raids.  The side plot surrounding Rick’s sister Dawn as she has to go through rehab feels as out of place as the crack storyline was in Jungle Fever.  It was probably done to showcase the downside of the drug game and not just to glorify Rick and the dealers, but it feels really out of place.  A baby gets thrown into the mix out of left field, but they never establish if Rick is with the mother beyond the one time he and the mother get together as he’s constantly been chasing a corrupt politician’s girlfriend/wife the whole movie.  The movie focuses almost exclusively on Rick and his family, and while the other 80% of the cast are members of Rick’s black friends (played by rappers YG, Danny Brown IshDARR, and actor RJ Cyler).  They don’t really add much to the story other than playing background characters, who are so insignificant that we forget their names as soon as they are off-screen.  Much of this plot mishaps could have been better handled with either a better script or a more seasoned director.  Ultimately, you are supposed to feel bad for Rick in the end as he received the short end of the stick from the Feds who basically used him for their own ends, but his willingness to get back in the drug game was his ultimate downfall.  While his story in real life is probably more tragic, the film doesn’t capture the drama until the last few moments when both Merritt and McConaughey get the chance to flex their acting chops and make the scene work.  While the movie does try to tackle the justice system as evidenced by how lax the gun laws are, or explaining “black and white jail time,” the truth of Rick eventually getting “black jail time” undercuts that message a little.

Overall, White Boy Rick is still a decent outing.  Strong performances by the lead characters as well as an exceptional supporting cast allow you to look past some of the narrative tones of the film and still be entertained by an otherwise abysmal story about the drug game and how a young 14-year-old Rick was abused by the powers that be.  Even the people he testified against were out of jail before he was, and that’s the true scandal about the hundreds of other Ricks in the world.