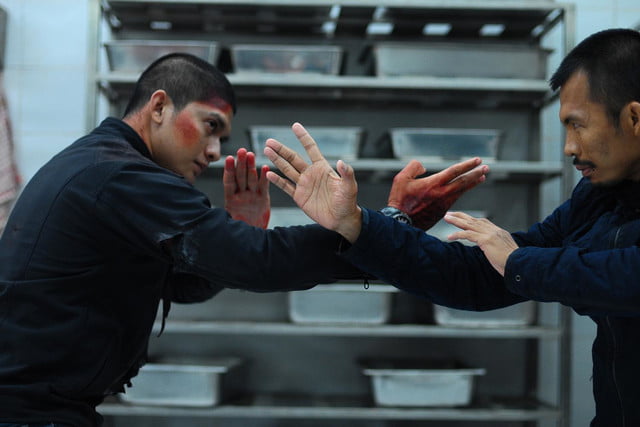 If this were a letter, the ink would be running wet with my tears. I’ve said time and time again that Gareth Evans’ The Raid 1 & 2 are the best action movies ever made, and I stand by that. While he’s taken a detour into doing other things, like his upcoming Netflix flick Apostle and a possible Deathstroke movie (Is that still happening???), it’s begun to look increasingly like The Raid 3 might not happen. There was no confirmation of that, and guys like me kept holding out hope. But alas, it’s time close the book on that dream.

While doing press for Apostle, Evans has come right out and said he has no interest in doing The Raid 3, basically saying that he doesn’t want to get pigeonholed as a filmmaker. He tells Slashfilm…

“’The Raid 1’ and ‘2’ were incredible for me, but I just didn’t want to be doing ‘The Raids’ all the time. And the more time has gone on from that, the less interested I’ve been to go back there. What we did with ‘The Raid 2,’ we kinda close that off nicely, so it didn’t really appeal to me to jump back into that world again.”

God it just hurts so much!!! To type it out is even worse than reading it for the first time. Ugh!!!  Evans actually revealed this a few days ago to Cinemablend, but confirmed that a third film was definitely in the works at one point.

“The Raid 3” was very much going to happen. “’The Raid 3’ was… at one point it was on my radar. I had a full idea. I know what the storyline would have been.”


Well, on the plus side I can stop holding my breath in hopes of the film showing up at Sundance each year.  Hopefully this doesn’t mean he’s done working with Iko Uwais, Yayan Ruhian, and the incredible cast of fighters who made those movies so special.

Pouring one out for The Raid, yo.