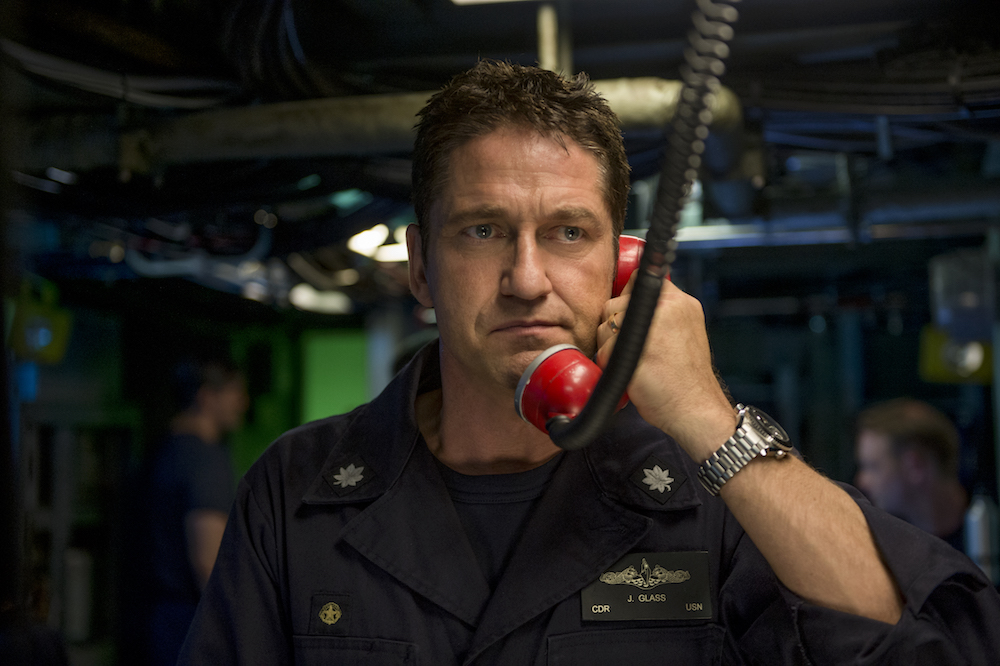 It’s tough to get excited over the submarine thriller, Hunter Killer. In general it’s tough to get excited about any movie with Gerard Butler in it, but there’s also the disappointment of what this film might have been. Philip Noyce and Antoine Fuqua were attached to direct it at different points, but ultimately the job landed with relative unknown Donovan Marsh, and the new trailer makes it look pretty bland and generic.

Based on the George Wallace and Don Keith novel Firing Point, the film stars Butler as U.S. submarine Captain Joe Glass, who uncovers a Russian coup that threatens to disrupt the world order. Together with an elite group of Navy Seals he sets out on a mission to rescue the kidnapped Russian president and prevent WWIII. The film co-stars Linda Cardellini, Common, Gary Oldman, Toby Stephens, and the late Michael Nyqvist.