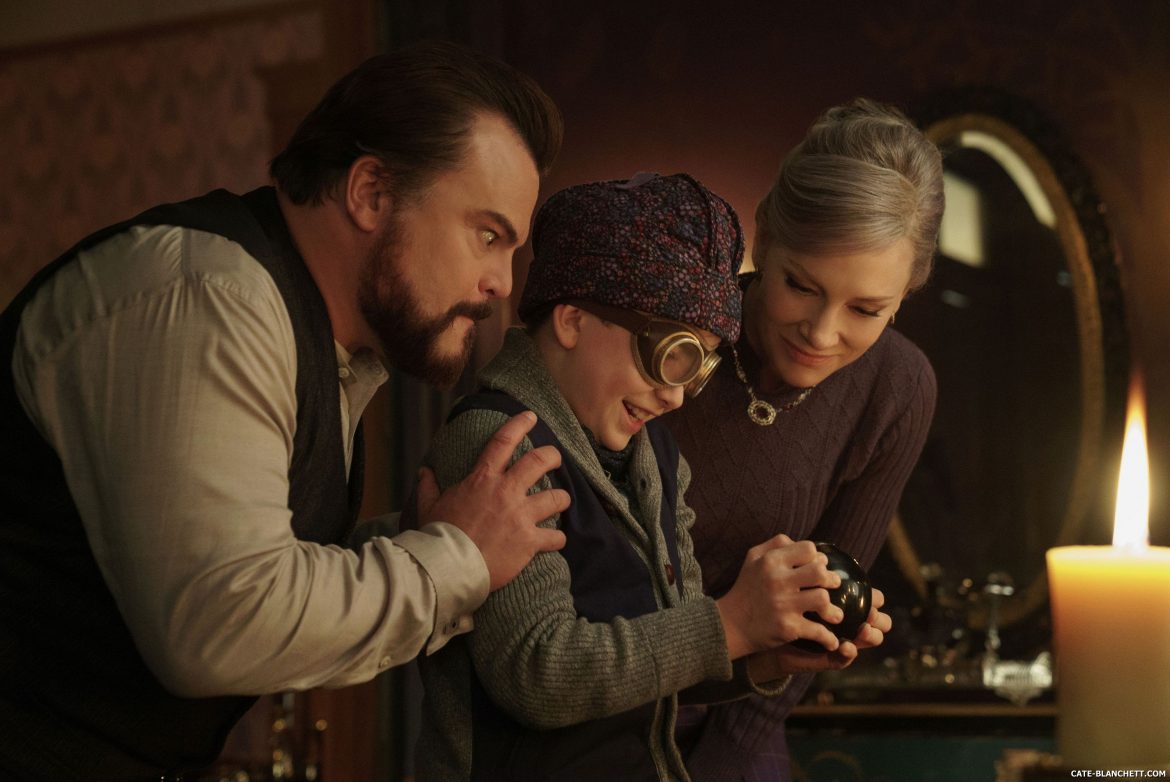 1. The House with a Clock in its Walls (review)- $26.8M
Maybe we’ve found the niche where Jack Black was always meant to be. Following on the $26M opening weekend of Goosebumps and $36M of Jumanji: Welcome to the Jungle, Black has another kid-friendly hit on his hands with The House with a Clock in its Walls. The Eli Roth-directed, very Goosebumps-esque film opened with $26.8M, and that’s with considerably less name value than those others had. Yes, I know the ‘Clock’ books by John Bellairs and renowned horror illustrator Edward Gorey are very popular, but household names they ain’t. The film arrived at just the right time, with a lull in the number of family-friendly offerings out there, and it got a reasonable jump on Goosebumps 2: Haunted Halloween which would have taken much of its audience. Universal has been busy this year, but they have to look at this as a big feather in their cap. They only shelled out $40M to produce what could be the start of a lucrative all-ages franchise.
2. A Simple Favor– $10.4M/$32.5M
In one of the year’s best stories in my humble opinion, Paul Feig’s stylish dark comedy A Simple Favor is proving to be a resilient, popular favorite. The film slipped only 35% from last week for $10M, giving it $32M domestic and $42M worldwide. It’s just a fun, twisted movie with two great performances by Anna Kendrick and Blake Lively, and I’m happy to see the good reviews are helping out.
3. The Nun– $10.2M/$100.8M
4. The Predator– $8.7M/$40.4M
Okay, so it’s a mixed bag for The Predator, Shane Black’s sequel to the long-running action franchise. The $8.7M total is part of a huge 65% tumble from last week, and the $40M cume sucks when you factor in the $88M budget. The better news is overseas where the $54M total isn’t so bad, giving the film a $94M worldwide haul. Big picture, this is another example of a sci-fi franchise’s revival that has totally collapsed. Ridley Scott’s Prometheus and Alien: Covenant weren’t really sustainable in the long run, and the same goes for Blade Runner 2049. These movies have loyal, diehard fans but they aren’t huge in number, and their extensive mythology makes it hard to draw in new audiences. I don’t want the Predator movies to go away but clearly there needs to be an examination of how they must be done in the future.
5. Crazy Rich Asians– $6.5M/$159.4M
6. White Boy Rick– $5M/$17.4M
7. Peppermint– $3.7M/$30.3M
8. Fahrenheit 11/9 (review)- $3.1M
The unfortunate side effect of Michael Moore titling his latest inflammatory political doc Fahrenheit 11/9, is that it will be compared to his record-breaking 2004 anti-Bush film, Fahrenheit 9/11. That film destroyed box office records for documentaries, earning $222M worldwide and an incredible $23M opening weekend on just 868 screens (!!!). This is not 2004, and as much as Trump is a disaster that has polarized the nation, there isn’t necessarily a demand for anybody to pay to hear him babble out a bunch of lies. We get that on TV for free every day. So the $3.1M debut in a whopping 1719 theaters does not look great, when it’s actually perfectly fine for a doc on the big screen, an increasing rarity nowadays.
9. The Meg– $2.3M/$140.5M
10. Searching– $2.1M/$23.1M

Waitaminute, wasn’t there another big, star-studded release this week? Sure enough, Amazon dropped Dan Fogelman’s Life Itself into 2600 theaters and it was dead on arrival with $2.1M. The film stars a terrific cast: Oscar Isaac, Olivia Wilde, Mandy Patinkin, Annette Bening, Olivia Cooke, and more, but the reviews hammered it so bad Fogelman had to come out and start blaming others, specifically white male critics, for the poor reaction. He was so blinded by rage he failed to notice that women hated it, too, and so did black guys like yours truly. It’s a bad movie.