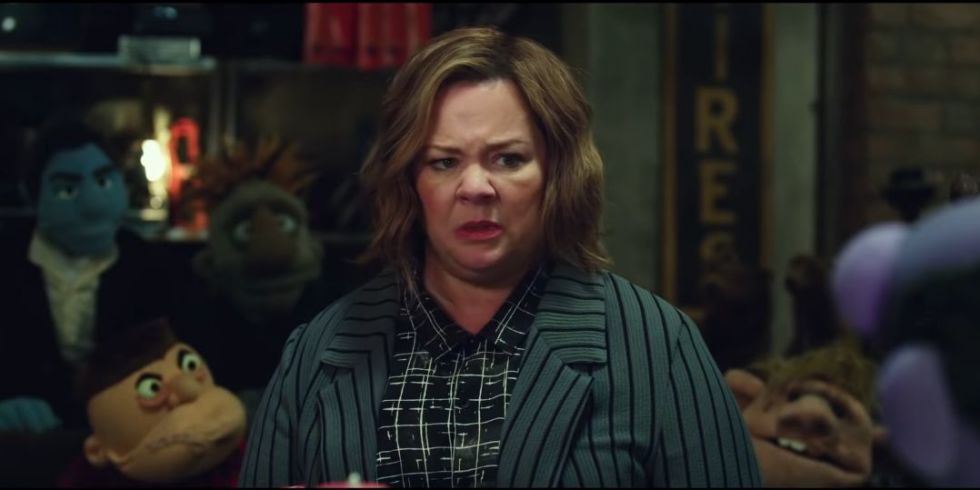 What is it about puppets that makes us want to see them say and do really raunchy things? I’m thinking of Insult the Comic Dog, Greg the Bunny, and now there’s The Happytime Murders, which is basically what The Muppets do when they’re done entertaining the kiddies. The answer? Drugs.  And murder. Drugs and murder.

The latest NSFW trailer for the film is as fucked up as you were hoping.  Loads of bodily fluids, rampant drug abuse, sex, and puppets blown away by a killer’s shotgun blast. Somebody’s out there murdering puppets, and two detectives, one puppet and one human played by Melissa McCarthy, are on the case. It’s wild, and certainly not for the kiddos unless you’re looking to scar them early.

The film is directed by Brian Henson, the son of the legendary Muppets creator Jim Henson. I’m not sure what daddy would think about the R-rated path his son has taken the family business, but I guess as long as Miss Piggy isn’t giving Kermit a rimjob it’s okay.