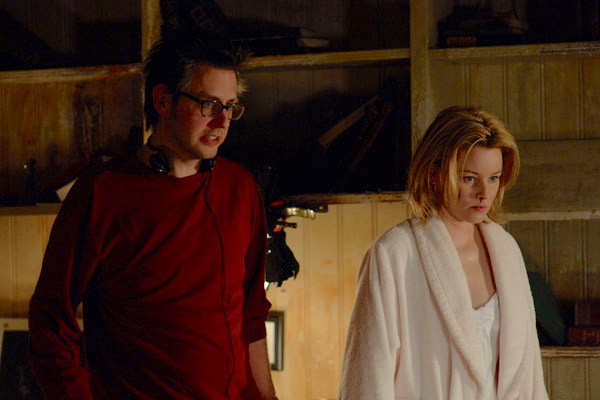 Ahhhh, it’s good to have some James Gunn news that doesn’t involve his being canned by Disney, but an update on an actual movie he’s still involved in. You may recall back in March we learned of a horror project he was attached to that would reteam him with Slither star Elizabeth Banks. In fact, just before news broke that he was fired Gunn was supposed to appear at Comic-Con as part of the Sony panel to introduce it formally. Well, despite all that’s happened Sony is moving forward with it, and that’s some of the best Gunn-related news we’ve heard in a while.

Screen Rant points to a Sony release schedule that sets Gunn’s untitled film for November 30th. Okay, cool, so what’s the thing about? Well…we don’t know. We’re not even quite sure what Gunn has to do with it, although prior reports pegged him as a producer with Mark and Brian Gunn on the screenplay. Behind the camera is David Yarovesky (The Hive), with Jackson Dunn, David Denman, and Matt Jones co-starring.  Gunn posted some Instagram images from the production, including a logo graphic timed to the big Comic-Con panel that never was. Check them out below, just do yourself a favor and avoid the comments section.
Clearly, the timing of Gunn’s firing has been a blow to any marketing plans Sony might have had, which is why we’re only getting this release date info now. I think if they’re trying to keep Gunn’s name out of it that’s a bad idea. They should be playing to the fans who feel he got railroaded by Disney, and want to support whatever project he takes next just to stick it to them.

And that’s a wrap on @elizabethbanks on #SpecialSecretHorrorProject! She’s been incredible to have on board and I’m lucky to have her as a collaborator and as a friend. I learn something new from her every day. Can’t wait to do it again soon! ❤️❤️❤️
A post shared by James Gunn (@jamesgunn) on Apr 25, 2018 at 1:05pm PDT