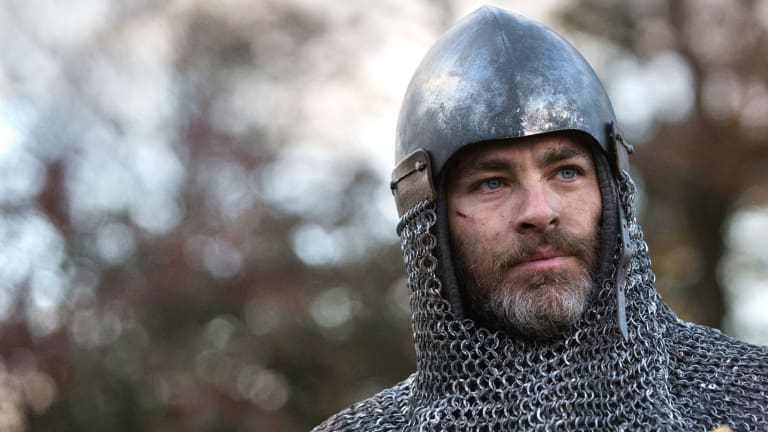 When your last two films are as acclaimed as Starred Up and Hell or High Water, it’s safe to say expectations for your next one are incredibly high. And it seems director David Mackenzie is meeting them, as his Robert the Bruce drama Outlaw King has been set as TIFF’s Opening Night film, with awards buzz swirling around it and star Chris Pine.

The first trailer is here and it’s so much bigger than anything else Mackenzie has ever attempted. And yet the themes are so familiar as well as the personal approach. Pine stars as Robert the Bruce, a 14th-century outlaw hero who rose to become King of Scots. As you might expect from a story set in the Braveheart period, this “untold true story” has more than its share of epic battles and big rousing speeches. Now we just need to see how Pine fares as a leader of men who aren’t soaring in the Starshp Enterprise.